Do John Buchanan & Joe Mosca Have A Conflict of Interest Problem On the Solar Panel Permits Question? 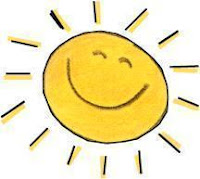 Tuesday's City Council meeting had an exciting moment or two. The invasion of the cigarette kids was certainly colorful. If only they could show that level of youthful energy and commitment to issues that don't involve addictive behaviors guaranteed to lop a few decades off your life. Or somebody else's. But the part of the meeting that this dedicated Channel 3 viewer found particularly engrossing dealt with the lowering or possibly even abolishing of permit fees for the installation of solar panels on private homes.
Now the issues are more complex than they might first appear. Certainly everyone should be in favor of energy technologies that will help liberate this country from its debilitating dependence on foreign oil. And what could be better than a technology that produces electricity without contributing to the air pollution problems that Los Angeles County is so famous for? I for one salute anyone making the considerable investment it takes to have such things added to their home energy arsenal. And since I have been told that putting 22 foot high wind turbines on my roof is legally out of the question, I might start looking into solar panels myself.
But, of course, politics intrudes, and as is usually the case it involves potential giveaways that could cause this city having to take a considerable hit to its already precarious finances.
A little history. In a last ditch effort to win the approval of the voters during our previous election cycle, the administration of former Mayor Enid Joffe (with the support of John Buchanan and Joe Mosca), saddled this city with a 3 year commitment to give rather large pay increases to our Police Department. Hailed at the time by Enid's fans as a "historic solution" to a long simmering pay dispute with our cops, to many it seemed that the then Mayor was actually ransoming our city's financial future in order to prolong her at risk political career.
And where it gets even worse is that we ended up getting hit with a tax increase to pay for it. Our User Utility Tax was expanded to take in all forms of energy and communications short of smoke signals, with the additional money raised being used to pay for Joffe's generosity towards our men in blue. The UUT hike was put to the voters for approval and, unlike this observer, most people voted for it. That the police would later turn around and sue us for even more money is an unintended consequence that I will happily rub your noses in at another time.
So anyway, now it is 2009, and we have John Buchanan and Joe Mosca passionately calling for a deep cut in the city permit fees that people pay when they install solar panels. Installing these things is no cheap proposition, and it is possible to spend as much as $50,000 for the honor, with city fees for both the permit and inspections coming to around $1,050. And what John and Joe want to do is impair this source of city income by either lowering or completely abolishing these fees.
And what is ironic here is that this hit to Sierra Madre's finances would also negatively impact our User Utility Tax moneys as well. A kind of double jeopardy that would now include the very taxes we had to hike in order to pay for the police department wage increases. You see, if more people get solar panels, it means more people who won't be buying taxable electricity. Which means they won't be taxed. That a city running a $3oo,000 deficit should be incentivizing people to install systems that will take away the ability to collect utility tax money is hard to fathom. Particularly when that city is as small and financially challenged as Sierra Madre.
And even if the funds were to come from the state through AB 811, would it be appropriate for these particular employees to also be the salesmen? After all, we pay state taxes as well.
Of course, what Buchanan and Mosca are really doing here is playing politics. This agenda allows them to grandstand on a "Green" platform while at the same time offering de facto tax cuts to that small portion of our town wealthy enough to afford this very expensive technology. And while in time it may become possible to tax solar produced electricity, it hasn't happened yet. So isn't this the kind of politics that got this country into the fiscal debacle we face today? Feel good palaver coupled with financial breaks and handouts for the well-to-do in the face of large fiscal deficits? Certainly a tactic George W. Bush would feel comfortable with.
On the potential conflict of interest problem, here's the skinny. Both John Buchanan and Joe Mosca are attorneys working for large energy corporations. John Buchanan is employed by Southern California Edison, a goliath with huge investments in solar energy technology. Joe Mosca is currently working for Sempra Energy, another energy mega-corporation that has made significant capital commitments to solar power. The patents these companies hold alone put them at the center of any solar technology considerations.
So here is my question. Why would these two city councilmen, both employees of corporations with massive investments in solar technology, be working so hard to get this city to financially incentivize those citizens willing and able to purchase solar energy systems? Doesn't this at the very least give the appearance of being a conflict of interest?
Posted by The Moderator at 5:00 AM