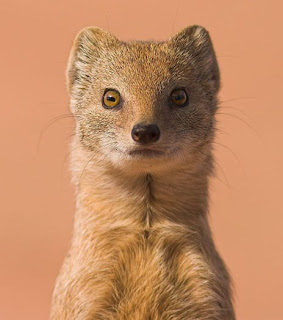 You have to wonder if perhaps the mental health professionals might have a term for it. Reality Aversion Condition? Acute Nixonophilia? Eddie Haskell Syndrome? Weaselosis Prognosis? I should hope that there would be some form of recognizable diagnosis here, because the suffering of the afflicted is real, even if they aren't completely aware of it themselves.

Now I was seated before my computer this evening enjoying some of the usual first class reportage by Alfred Lee in the Pasadena Star News on-line, when I came across some very distressing information. Apparently Joe Mosca was once again suffering from an outbreak of whatever the condition is that I was trying to explain above. Joe's afflictions are of great concern to us here at The Tattler, and I was thoroughly disheartened to see his miseries flaring up anew.

Joe Mosca's problem is that no matter what the issue, he always attempts to take each and every side of it. And this can't be an easy thing to live with. An example would be his struggles with the issue of over-development in this town. You see, he was against it before he was for it, but he's also not for it while at the same time working to make it happen. I mean, how painful can that be? If you repeatedly tell the entire town you're opposed to over-development, yet at the same exact time you're working long and hard as the head of the very SGVCOG committee tasked by Sacramento to locally implement SB 375 (the Great Satan of high density uber-development laws), well, that really is quite a predicament. And I am certain Joe feels positively split right up the middle about it.

Another example can be found in the Pasadena Star News piece that caused me so much concern. The article, Sierra Madre eyes contracting out for police services, points right to the veritable heart of Joe's anguish. You see, what is discussed is the possibility of Sierra Madre contracting out certain city services as a way of saving costs. The driving force here, the 100% Utility User Tax increase initiated to pay for some of those services, has become unpopular as of late due to certain irregularities in how it was hyped to the voters. And Joe, keenly aware of this situation as are all Tattler readers, felt the need to leap to both sides of the issue.

If we were able to realize some savings, and we did take that step, of course that would mean the utility users' tax, which was put in place for public safety, would obviously go down," he said.

As anyone who has followed the controversies surrounding this much unbeloved tax can tell you, there has been no greater champion of holding the line on the UUT hike than Joe Mosca. So for Joe to now consider the other side of this issue as well is, if not completely unexpected, at least a bit abrupt. You can only wonder what caused it.

But hold on, because when you're dealing with Joe, there is always the fine print. And if we don't read into it carefully we could very well miss the actual meaning of what he's laying down.

Mosca added that he was against contracting out fire services, saying it was "off the table" as far as he was concerned.

Now as heroic as his standing up for our Fire Fighters may be, I detect something of a swerve here. Isn't the purpose to farm out some of the costs of running City services so that we can get some relief from the UUT hike? So wouldn't contracting out fire services actually cost us more since ours is a Volunteer Fire Department? I mean, volunteers don't really get paid all that much. Just ask the staff here at The Tattler.

Red herrings aside, the real problem is that big fat raise given by the City in 2007 to our Police and their frisky union by the floundering administration of then Mayor Enid Joffe. A singularly unfortunate and poorly executed event that would have driven Sierra Madre into bankruptcy without the UUT hike. And, as Alfred Lee pointed out, the resulting numbers are not very pretty.

Sierra Madre's recently adopted budget allocates $3.4 million out of the city's $19.8 million budget toward its Police Department in 2009-10. That would account for 52 percent of the city's $6.4 million in general fund expenditures.

So, since most of the increased costs that drove the UUT hike are due to the Police Department raise, obviously what Joe must be considering in his newly found desire to get us some UUT relief is contracting out for police services, right? After all, other cities have done it, and with some success.

"Having your own police department, from a community perspective, allows for the type of policing that Sierra Madreans have become accustomed to," Mosca said. "The police know the residents' names, know the folks in the community, and work with residents to make sure the streets of Sierra Madre are as safe as possible."

Well there you go. Pure Joe Mosca. The only player in the game today who can stand on all 4 bases at once.
Posted by The Moderator at 2:00 AM