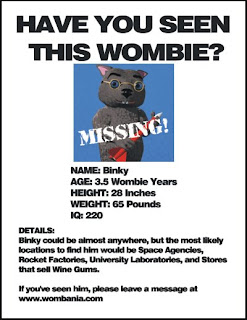 It was yet another Planning Commission meeting where its City Council liaison, Josh Moran, was nowhere to be seen. They searched the halls, looked under desks and checked to see if he could be out back sleeping in his car, but no such luck.
Josh might have been able to make a 50th Anniversary of the Buc party or two, or predict the coming of a "really good taco stand," but attend a Planning Commission meeting? Dude.
Which is unfortunate because had Josh decided to attend he might have noticed that the ship he is supposed to be sailing had sprung a leak. Because if ever there was a vessel that needed his steady hand on the wheel yesterday, it was the USS City Staff.
As was first pointed out by several obviously well-informed folks posting yesterday on The Tattler website, the document on SB 97 and its California Environmental Quality Act (CEQA) Guidelines that was supposed to be supplied to the Planning Commission for their voting consideration last evening was missing a lot of material. Including much of the referenced appendices. Like the City Council liaison, they just weren't there.
Also residents who had gone looking for this document at the Sierra Madre Public Library couldn't find it at all. With or without its appendices removed. Which is a clear violation of City policy. Items like this must always be made available to the public. After all, Planning Commission meetings are not invitation-only private parties.
So you had a Planning Commission that had only been supplied with a portion of the documents they were expected to vote upon and approve, and you had interested residents who wished to prepare for this meeting but were hindered from doing so because the pertinent documents weren't supplied to the Library. Not quite what anyone was looking for, I'll bet.
Maybe it's for the best that Josh Moran wasn't there to see all of this. A gentleman of his high and uncompromising standards might not have reacted very well to so shoddy a performance. He certainly would have noticed the signs.
Here is the City's "Executive Summary" (which is a posh sounding description for what is actually a "short version") of what was to be voted upon by the Planning Commission last night had they chosen to do so:
The State Legislature recently passed Senate Bill 97 (SB 97) requiring that California Environmental Quality Act (CEQA) Guidelines incorporate analysis and mitigation of greenhouse gas emissions. The City is legally required to adopt local CEQA Guidelines that are consistent with these revisions. The proposed amendments to the City's Local CEQA Guidelines address this requirement.
(As an aside, I'm not exactly sure how Sierra Madre's city government is going to mitigate greenhouse gas emissions here in town. One way might be to pass and enforce an ordinance requiring that pizza deliveries be made on bicycle. Or we could prohibit any possible attempts to build an Edison power plant or oil refinery here in the future. Just in case. I mean, the options for GHG reduction in a small low-density town like ours are pretty limited. And unless you are prepared to force everyone give up their cars and walk - which would not be politically popular - there isn't a whole lot that can be done.)
Consideration of this SB 97 document was pushed to the second Planning Commission get together in January of next year. The reason given was that this item is well over one hundred pages of densely packed sustainability jargon and other Sacramento voodoo. Even without the missing appendices. And while it might be a state mandate that cities like ours rubber stamp this thing (which we were supposed to do months ago), who is going to want to put their name to so absurd a document without getting a chance to go through all of it first? You can only imagine what our public servants up north might try and sneak in there.
Besides, our Planning Commission has never given me the impression that they are rubber stampers.
The vote to shovel this jiggling mess into next year was 3 to 2. Probably the wiser decision.
Last Night's Arcadia Woodlands Meeting
... was pretty inspiring. Over 150 people packed into an Arcadia elementary school auditorium and basically let the PowerPoint pushing LA County guys in attendance have it right between the eyes. In a good natured and civil sort of way, of course.
The speakers were impassioned, many eloquent, some from far away, and all very well-informed on the importance of preserving the old growth oak and sycamore woodland that is threatened with extinction by a County that has lost its mind. The enthusiasm and energy was very impressive, and I came away from this meeting with quite a lot of hope.
There was a surprising amount of media in the house as well. Including Terry Miller of the Beacon Media family of (speaking of dead trees) weekly newspapers, and John Stephens from the SM Patch. Why they chose to go to this meeting over the Sierra Madre Planning Commission meeting is puzzling, though.
Unless both decided they needed to cover the Arcadia Woodlands event because it was so thoroughly noticed on The Tattler. I guess it never occurred to them that it might be possible to handle both.
http://sierramadretattler.blogspot.com
Posted by The Moderator at 12:00 AM