If the City's Government Shut Down, Would Anyone Miss It? 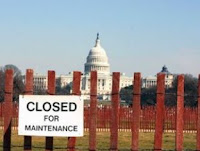