So Did You Believe City Hall? 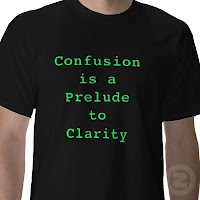 Things have changed in Sierra Madre over the last several years, and the level of trust many once felt for City Hall just isn't there anymore. For some it was the recent water rate increase discrepancies that did it. For others it ended in 2004 with One Carter. Or the DSP in 2006. Or the 2008 revelation that the City had lost a million dollars, but it wasn't a big deal and no special audit needed to be done.
Or any number of questionable actions taken by those who we did once believe in.
When you watch a City Council meeting and you hear a discussion such as the one we heard last night about how the transference of Redevelopment Agency owned properties to the City would not be encumbered in any way by the nearly $4 million in debt the CRA is carrying right now, you really do have to wonder. Is it true? Should you believe them?
And was it really all being done so that Jerry Brown wouldn't run off with our Fire House? Or because somebody forgot to fill out some paperwork in 1988?
After all, the people who were making these claims are also the exact same officials who told us that the City had to raise water rates because the pipes were falling apart. Only to have to admit later on that the reason was actually something quite different. And then only after being caught red-handed by the very residents they had hoped to take in with that now discredited tale.
So as far as last night's City Council meeting went, who knows what was true and what wasn't? There was no real proof offered on the CRA property transference question, just assurances that none of that nearly $4 million in old debt would be transferred to the General Fund along with City Hall and other properties originally obtained with redevelopment bond money. Nothing was actually proven, we were just asked to take them at their word.
So look, it might have been true. The story seemed plausible enough. Or it might have been that the water rate increase strategy was back for another spin around the block. That one had seemed plausible, too. At least it did at first.
So who knows? Guess we will just have to wait and see.
Looking for a change? You can always buy yourself a discounted Sierra Madre pyramid.
This from the real estate happy website L.A. Curbed:
"World Famous" Sierra Madre Pyramid Now Under $1 Million - If Nicholas Cage ever gets his finances sorted out and can resume his hobby of collecting houses, he might wanna ease back into it with Sierra Madre's famous Pyramid House. Frankly, we can't imagine too many other people eccentric enough to want to buy the glass-and-steel landmark, which, according to a 1991 LA Times story on it, features such quirky touches as a wrought-iron spiral stairway salvaged from a London sewer and a round front door resembling an oversized wagon wheel that opens by being rolled out of the way.
But hopefully we're wrong, as it would be a shame to see the kooky pyramid, which was built in the early '70s by architect John G. McKinney, meet the wrecking ball. Located on a one-acre lot with views to downtown, the mystical property also includes a separate, non-triangular guesthouse. Per Redfin, the three-bedroom, two-bath home last sold in 1991 for $450,000; it was asking $1,098 million in 2009 (and was for lease for $3,500 per month). It's now listed at $925,000.
Follow the "Open House" signs to 751 Oak Crest and see it for yourself. The Pyramid has great views, and from all three directions. Also, as one of the commenters on the L.A. Curbed site noted, it has pyramid power. You'll never age and your razor blades will always be sharp.
http://sierramadretattler.blogspot.com
Posted by The Moderator at 12:00 AM