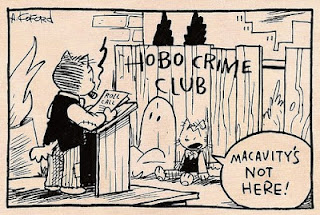 It really is one of the more amazing documents to come our way lately. When Billy Shields, the developer behind the Kensington project that has become such a topic for conversation in town, sent a letter to City Hall declaring that he was in favor of a Measure V vote on his project, it was pretty much unprecedented. I can't imagine that the recipients were overjoyed to receive it.
Usually in such cases City Hall would oppose something like Measure V on behalf of a developer. The developer likely demanding that they do just that. But here we have one who appears to be on something of a collision course with our City Hall because he is actually asking that a legitimate and binding vote of the people on his project take place. So when have we ever seen anything like that before? And why would Billy do it?
Here is the key passage from Billy Shields's letter asking that a Measure V vote be held on his very own Kensington project.
Early in the public review process we recognized this would be a critical question for many and for that reason requested, and the City Council agreed, to place the matter before the people of Sierra Madre for a public vote. In an effort to avoid a dispute over this definition, assuming the City Council is inclined to approve this project, we believe that it would be best for all concerned to characterize the matter before the voters in November as an amendment of Measure V.
The question that has to be asked is why would Billy come down on the side of a Measure V vote? I suppose you could say that Billy is a nice guy, and he really does want to do right by the people of Sierra Madre. The notion being that he respects the people's right to a vote on this matter, and would not in any way want to deprive them of such a thing.
Or you could take his letter at face value and accept that Billy's purpose for calling for this Measure V vote on the Kensington is that he believes it will lead to some truly cathartic conflict resolution. He just wants everyone to get along.
But you know, I don't think either one of those is completely accurate. Not to say that Billy isn't a nice guy, or that he doesn't have the best interests of Sierra Madre at heart. I'm sure he does, and when it makes sound business sense he would opt to do the right thing.
However, I believe the real reason is this. Should the Kensington go on the ballot this November as anything but a Measure V vote, it would be illegal. Billy's lawyers have looked into these matters very carefully, they spoke with the attorneys who actually wrote this law, and concluded that the only way to get this project done properly is to follow the legal requirements. Which is Measure V. To do otherwise would mean putting the Kensington in possible jeopardy later should an illegal vote be challenged in Court. Which they have wisely concluded could happen. And no smart businessman would ever want to take a risk as stupid as that, especially when there are millions of dollars in investor capital at stake.
It will be interesting to see if a majority on our City Council will decide to break the law and send the Kensington question to the November ballot as a meaningless advisory or vanity measure. The law clearly states that this vote has to comply with the requirements of Measure V. Yet there are some at City Hall who appear to believe that their various bluffs and shaggy dog stories will be enough, and in the end they'll be able to somehow steal the legal right to vote on downtown development from the residents and get away with it.
And by the way, the Courts in California take a very dim view of politicians who attempt to steal Constitutionally guaranteed citizen rights on such things as voting. Especially when they are the result of a citizen driven initiative process. No matter what the reason for trying to do so. After all, this isn't North Korea.
You really do need come down to City Hall tonight. Because if you do you could very well get to watch certain members of the City Council, with the assistance of City Staff and the always enabling City Attorney, engaging in behavior that would have to be considered criminal. That being deliberately attempting to violate a voter approved law. And there will be all manner of parsing, creative writing, word substitution games and even flat-out fibbing as they do it.
Sierra Madre's very first Crime Council. Bring the kids. It should be morally edifying.
http://sierramadretattler.blogspot.com
Posted by The Moderator at 4:00 AM