The COG Begins to Collapse 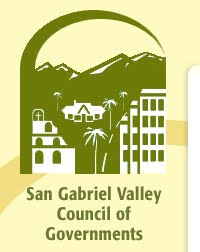 "The COG formula for a greener planet. You walk or bike. We steal." - comment left at 7:23 this morning
Slowly the member cities of the San Gabriel Valley Council of Governments ("COG") are beginning to take a hard look at their reasons for belonging to this vastly troubled organization. And, what would have seemed unthinkable a year ago, some are giving serious consideration to getting out entirely.
The latest member city to take action is San Dimas. This from the SGV Tribune.com (click here):
San Dimas considers pulling out of COG, but withholds $15,000 in dues instead - The City Council nearly withdrew from the scandal-plagued San Gabriel Valley Council of Governments on Tuesday, but instead voted to withhold its dues from the organization until the matter could be studied further.
On Tuesday, the council seemed nearly ready to withdraw from the COG, with Mayor Curt Morris saying it "is built on a conflict of interest." Morris said the COG's administration has not followed through on its promises to make the organization more transparent. "I think the only answer we can do to get their attention is to withdraw," Morris said.
In the end San Dimas's COG representative and Nick Conway grasshopper Denis Bertone bought some time by convincing his fellow Councilmembers to initiate a study before pulling out, but you can see where this is going. Three of the five members of the San Dimas City Council are now down on record as supporting getting out of the SGVCOG, so this could only be a matter of time.
The City of Walnut has already dumped this organization, with Claremont and El Monte scheduled to give this matter a hard look in the not too distant future. And here in Sierra Madre Councilmember John Harabedian agendized an examination of our continued relationship with the SGVCOG at Tuesday evening's City Council meeting. Hopefully this matter will come up for discussion soon. It should be a pretty interesting conversation.
Meanwhile, the source of all of this excitement, Nick Conway, stood before both a Judge and peers and declared his innocence on Monday. And after the arraignment Conway's attorney shared a very interesting perspective on the direction Nick's defense may take during this trial. Apparently it involves both a bus and some local elected government officials. Again, the SGV Tribune.com (click here):
SGVCOG's Conway pleads not guilty to conflict of interest charges - Nick Conway, executive director of the San Gabriel Valley Council of Governments, pleaded not guilty Monday to four felony charges of conflict of interest relating to his work with the regional government agency.
Conway has been the subject of an investigation by the Public Integrity Division of the Los Angeles County District Attorney's Office for several months, said Dave Demerjian, head of the division that investigates public corruption. The investigation came after the District Attorney received at least two complaints about Conway.
The D.A. alleges Conway's personal business, Arroyo Associates, Inc. - which is contracted by the COG to serve as its staff - gained financially from contracts and grants obtained for the COG, amounting to a conflict of interest. By obtaining and managing the extra state and county grants, the DA's office alleges Conway's company received an additional $143,000 in one fiscal period.
Here's the really fun part:
Conway's attorney, Ken White of Brown, White and Newhouse of Los Angeles, refuted the allegations. "The bottom line is, there is not a single thing he is being charged with that is not part of the public record or has not been approved by the (SGVCOG) board," White said.
Can it be that Nick Conway is planning on throwing his good friends on the COG's Governing Board under the bus in order to save his own skin from a trip to prison? Stay tuned. I promise you that The Tattler will be watching this move closely.
Despite all of that, the COG continues to conduct business in its usual idiotic fashion. This from yesterday's Pasadena Star News (click here):
San Gabriel Valley officials vote to support Measure R extension - For the first time in four years, the county's 40 billion sales tax measure for new transit projects is getting some love from San Gabriel Valley officials.
After opposing the ballot measure in 2008, the San Gabriel Valley Council of Governments voted 19 - 4 last week to endorse a new Measure R, which extends the life of the existing half-cent transit sales tax for another 30 years and promises to jump-start 12 rail and subway projects by borrowing against future Measure R tax revenues.
There is a problem here, however. I mean a problem beyond the request that you vote to keep the Measure R sales tax increase in place until the year 2069. Which is way beyond the freshness dating of most of us. A gift for the grandkids, I suppose.
The SGVCOG's blessing came after months of heated debate and some foothill members say, at the expense of the Gold Line Foothill's next phase to Claremont, which was left out of the new Measure R's expenditure plan. By not including any funding, the second half of the (Gold) line through Glendora, San Dimas, La Verne, Pomona and Claremont possibly Montclair in San Bernardino County is in jeopardy.
Which is kind of astonishing if you think about it. The Gold Line will apparently end nearly forever where it does now, with the money from an ongoing Measure R being used instead to build public transportation on the westside of Los Angeles County. And a supposed San Gabriel Valley regional government organization, which we pay $8,000 or so a year to represent our interests, voted to go along with a sales tax extension that would do just that.
Please. Get us out.
http://sierramadretattler.blogspot.com
Posted by The Moderator at 6:00 AM