We Won, But Why Now? 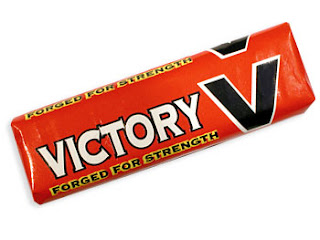 "OK, that City Attorney is a whole different person - and so is the Mayor. What the heck happened?" - late night posted question
Don't get me wrong, last night was a great victory. Measure V, first brought into existence through the power of the ballot and the wisdom of the voters, had laid dormant for 5 years. But now, with its inclusion on the November ballot as the vehicle for bringing the Kensington into existence, Measure V for the first time becomes a powerful component in our city's slow growth arsenal. By going though its first real electoral test, it emerges as a fully formed part of our government. This is both a great moment in our city's history and a victory for those of us who believe in something called democracy. We the people, and not city hall, now call the shots on what gets built downtown.
But this wouldn't be The Tattler if I couldn't find something that wasn't quite right. And as far as I could tell the psychological disconnect last evening was so huge that even Evel Knieval wouldn't be able to jump across it.
Why did the Planning Commission have to go through nearly six months of interminable and endless meetings discussing suites and microwaves and myriad other shifting variations of deception, only to have the City Council declare Measure V supreme in less than 30 minutes? Why now and not back in January when the whole idea of letting the vote happen was first proposed by Billy Shields? Or how about during the previous City Council when MaryAnn MacGillivray said exactly the same thing? Only to have John Buchanan, Josh Moran and Nancy Walsh give her stink eye?
And how much in Colantuono & Levin legal fees did all of those Planning Commission debacles cost us? Meetings where Scott Porter and Danny Castro floated strategy after absurd strategy designed to convince people that the Kensington project was in compliance with Measure V, and therefore no vote would need to be taken? And didn't City Attorney Highsmith say those exact same kinds of things to the City Council?
Six months of browbeating the Planning Commission over ridiculous cooked up nonsense like does a microwave turn a dwelling unit into a suite. For what? All things that Josh Moran, when they finally hit his desk, decided weren't even worth talking about. It just doesn't ring true. This whole process could have been finished last February, but instead City Hall spent a fortune in legal costs fighting Measure V, only to capitulate in less than an hour when it all got to the City Council.
So why now? I do have a theory. I was going to call it an educated guess, but I am not certain that my degree from Google University qualifies me.
The theory is that Josh Moran was made aware that he did not have the votes to defeat Measure V. He could count on Nancy Walsh to back him up, but somewhere during the last month or so I suspect John Harabedian hipped Josh to the fact that he was not going to commit an ugly political suicide and help him kill Measure V. Harabedian's family had alway supported resident voting rights for downtown planning, and that wasn't about to change.
So what we saw last night was a strategic political decision. An attempt to turn a significant political defeat for the Mayor into the appearance of victory. But one so contrived as to be unbelievable.
We finally got the Measure V vote we have always wanted. But this was our victory, and had precious little to do with Josh Moran. No matter how desperately he has tried to take the credit.
http://sierramadretattler.blogspot.com
Posted by The Moderator at 12:00 AM