The Tattler Solves All Of Sierra Madre's Financial Problems 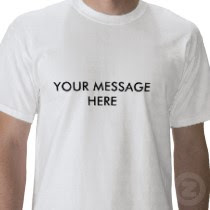 Up until now the only way to deal with Sierra Madre's struggles with the financial bottom line was to either raise taxes or gin up some new reasons to charge people higher fees for things they've already paid to have done. Which is what fees are all about, you know. You pay the city a fee to do something, like check plans for that new addition to the house, while your taxes have already paid for the salary of the city employee looking at them. All in the name of "recouping costs." I'm telling you, it is quite an astonishing scam. Why people haven't broken out the hot tar, feathers and pitchforks over this is a mystery to me.
Let me be clear, I am here to assure you that those days will soon be a thing of the past. And why might that be? Because, and thanks to the tenacious news site reading skills of one very devoted Tattler contributor, we now have found a way to both financially sustain City Hall while at the same time give each and every weary Sierra Madre resident the tax relief they deserve.
And how do we do this? Sell advertising. This from Pittsburgh's Post-Gazette.com:
Pittsburgh expects to build revenue through advertising: Companies would be allowed to buy naming rights to city buildings and advertise on city vehicles and employee uniforms, at swimming pools and recreation centers, in city mailings and on benches and parking meters under legislation to be introduced today in Pittsburgh City Council.
The bill would allow advertising on the uniforms of city employees. Advertising would also be permitted on city-owned vehicles; "the whole vehicle may be wrapped or painted," the legislation says.
In addition, advertising would be permitted on the city website and city cable channel; as inserts in city mailings; on park structures, such as pavilions, pool houses and recreation centers; and on street furniture, such as benches, bike racks, parking meters, recycling bins and garbage cans.
I don't know about you, but I find this to be a very exciting idea, and one that would go a long way towards beefing up our troubled general fund. And think of the possibilities! How much do you think Prudential Realty would pay to have City Hall named after them? $7,500 a year? $10,000? No longer would it be the financially neutral Sierra Madre City Hall. No, it would now become Prudential Realty Sierra Madre City Hall!
And what local donut and pastry shop would not welcome the opportunity to have their message wrapped around a few Sierra Madre Police Department cruisers? "Follow me to Yum Yum Donuts!" That would be worth at least $5,000 per PD car I'd think.
Memorial Park? Talk about revenue neutral. How about The Only Place In Town Memorial Park? Complete with the Congregational Kodiaks, Bottle Shop Bandshell, Mary's Market Mews, Podley Playground and Sierra Madre Tattler Tennis Courts? I'd say there is at least $75,000 a year bundled into all of that.
Our one and only ambulance? The answer here is a rooftop ad that reads, "I'm being chased by Colantuono & Levin!"
Are you ready for the Sierra Madre Long Dragon Library? Complete with Happy's Children Reading Room?
Of course, my personal favorite would be the specially designed jackets and hats worn by the City Engineer, Development Services Director and all of the other downtown planning types that work so hard to keep our city structurally and esthetically sound.
And what will be the message written on these jackets and hats? "I Get Nuts At Arnold's Hardware!"
The possibilities are nearly endless. I'm telling you, our financial challenges are now so completely over.
http://sierramadretattler.blogspot.com
Posted by The Moderator at 4:00 AM