Is Proposition 31 the Worst Ever? 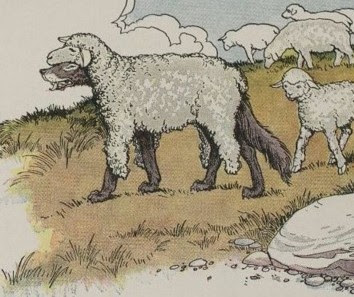 It is kind of like SB 375 on steroids, or Hasan Ikhrata's old school collectivist dreams brought to their highest (or lowest) forms of existence. A proposition that, should it pass (and as things stand now it very well could) deprive small independent cities of both their ability to steer their own course and experience the rewards of spending their own tax money. A Regionalism so pervasive that towns such as our could become little more irrelevant nameplates. Something to call the post office maybe, or a transportation village linked to whatever 210 Trolly station happens to be near by.
The idea behind Proposition 31 is familiar to anyone who has followed the war on communities such as ours currently being waged in Sacramento. Force suburban towns into regional governments, pool all of their tax money, and then allow that cash to be spent as the unelected regional authorities see fit. Think the San Gabriel Valley COG out on a shopping spree with your credit card as its main funding mechanism.
Here is how this is described by noted political affairs writer Stanley Kurtz., as laid out on Thomas Frank's California news site (click here)
Prop. 31 Kills Suburbs and Funnels Tax $$ to Big Cities like LA and San Fran - The real purpose of Prop. 31, when all the fluff is gone is simple. To make sure large cities like San Fran, Los Angeles, Fresno and Sacramento are well funded -- and that affordable housing government transportation and JOBS are in abundance in the preferred towns. At the same time smaller communities like Simi Valley, Hanford, Chico and Orcutt are told how to spend their tax dollars -- but most State money will be taken from them for the big cities.
How does Prop 31 work? It allows local governments to join together to form "Strategic Action Plans." Supposedly this pooling of local municipal services into a kind of de facto collective regional super-government would be voluntary. In fact, Prop. 31 deploys powerful incentives to effectively force the creation of these regional super-governments. To begin with, municipalities that join regional collectives -- and only those municipalities -- can effectively waive onerous state laws and regulations by creating their own more lax versions of those rules. Next, Prop. 31 channels a portion of state sales tax revenue to municipalities that join regional governing collectives -- and only those municipalities. Finally, Prop. 31 authorizes local governments participating in the regional collectives to pool their property tax receipts.
Prop. 31 ends local control of government and creates unelected regional government you can't defeat or throw out of office. Isn't that how Cuba operates?
It is kind of a bureaucrat's fantasy come true if you think about it. You get to spend taxpayer dollars on whatever you see fit without the involvement of those who come up with the actual cash. The taxpayer's will being effectively air brushed out of the picture by putting spending power in the hands of a regional governments that cannot be thrown out of office by the voters no matter what they do.
With SB 375 all rights to land use and development decisions were ripped from the individual cities and placed in the hands of central state planners. And with Prop. 31 the ability of cities such as ours to control how our tax money is spent will also fall into the hands of people who answer to nobody but lobbyists, pols and the usual assortment of governmental suspects.
All designed, of course, to prop up failed state and big city governments that cannot help themselves control their outrageous spending. Governments that have become financial black holes sucking up everything of value left in the state.
And with Prop. 31 they will have found a way to get even more.
http://sierramadretattler.blogspot.com
Posted by The Moderator at 6:15 AM