So When Did the PUSD Get Into the "Affordable Housing" Game? 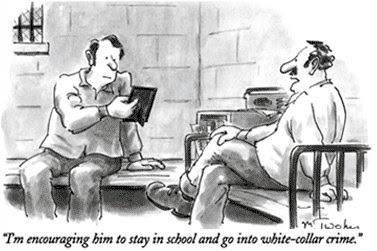 One of the things that has always bugged me about the Pasadena Unified School District (PUSD for the acronymic) is that a lot of the same people who pushed for the Downtown Specific Plan (DSP) in our fair little throwback of a City are also intimately involved in a lot of whatever it is that is going down at the school district. As an example, the close involvement of three of our SCAG housing forward former Mayors in the campaigns to create and pass PUSD bond measures. That raises a red flag at this well-used keyboard. The connection is too close, and the interests too intertwined.
Hardened skeptic that I am, this would seem to be the reason why involvement with the PUSD is so important to these folks. The hundreds of millions of dollars that had been obtained through the passage of such debacles as Measure TT being the primary inducement. It really is a lot of development dough. And while there is much talk about the kids, of course, and education does get discussed quite a bit as well, you have to suspect that this isn't the true appeal here.
The actual children themselves, along with their parents and teachers, are just convenient hostages.
Through the intercession of those always helpful invisible hands that bring us so many interesting documents, we have been permitted to discover that the PUSD is apparently getting into the so-called "affordable housing" game. "Affordable" being the term that is usually used to describe the wickiups government is involved in planning to build. Until they're actually built, of course. Then they go for whatever the market will bear. Something that is then invariably blamed by the involved government agencies on the developer.
So here is what our document of the day has to share with us. There will be some questions after it is over, and they will not be multiple choice. The acronym "FSC" stands for "Facilities Sub Committee." "DSC" is short for "District Service Center."
Top note: "This is in line with our request to look at master planning the Muir North and DSC site. I would enjoy discussing this." - Tom Selinske
To: Ed Honowitz, Ramon Miramontes, Tom Selinske, (plus various cc'd district factotums)
ED/FSC,
A few days ago, Dr. P and I were invited to a meeting at City Hall to discuss the possibility of a development project at the DSC and Muir Field behind DSC. Present in that meeting was Asst City Manager Steve Mermell, Councilman Chris Holden, 2 reps with a Developer Firm, and Dr. P & I. Several topic (sic) were discussed as follows:
- The City of Pasadena has funds to build a sports complex (i.e., Soccer/Baseball Fields) and they are interested in possibly doing this project as part of a development plan.
- The Developer is interested in perhaps assisting the District with a study on the existing DSC and adjacent Muir Fields to see of there is the possibility to build affordable housing that includes a medical clinic.
- The Developer is interested in perhaps building a solar panel project on top of our Warehouse as part of the project.
- The Developer is interested in perhaps assisting in the Modernization of the DSC as part of this project.
The Developer, Council Holden and Asst City Manager Mermell would like to address the FSC at our next meeting to make a presentation on this concept to the FSC. Are you ok with adding this item to the next FSC agenda?
Dave Azcarraga
Chief Facilities Officer
Where should we begin? Let's see, I guess it would be nice to know who the developers are. Public employee types meeting in the hidden recesses of the greater Pasadena area with such folks should be of interest to we who foot the bill for such things. And how exactly does a developer become special?
There is also the matter of where the money is coming from. Is Measure TT money in any way involved? After the series of bait-and-switch cutbacks at the Sierra Madre Middle School it would be fascinating to see if some of that money is being pumped into a privately developed so-called affordable housing project on PUSD property. Did Chris "Tunnel Man" Holden broach that topic at this meeting?
Why would Pasadena Unified School District employees be spending their time on something of such marginal importance (at best) to the business of educating children? Why are Ed Honowitz and Tom Selinske so concerned about building housing on public school property?
Why are PUSD staffers giving preferential treatment to outfits that have political ties with Chris Holden? Are his the only people being allowed to play here? Aren't we talking about the public interest here, funded by the taxpayer dollar? Is all of this just the business playground of the Holden-Hahn political machine? Are favors being brokered here? Who will be getting paid?
Here is my favorite inquiry, and I am happy to share it with you. How is it Azcarraga and "Dr. P" (Pappolardo) have so much time on their hands that they can go off to Holden brokered meetings with a specially favored developer looking to get its hooks into some PUSD swag? This at a time when the PUSD is laying off bunches of hard working teachers?
I got some questions. We deserve some answers.
http://sierramadretattler.blogspot.com
Posted by The Moderator at 5:00 AM