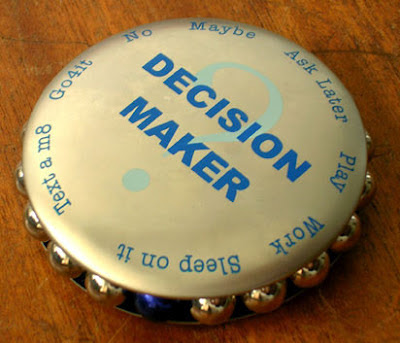 It all happens Tuesday evening. By the time it is done there will be very little left on the table. The job will be finished, the decisions all made, their duties accomplished, everything said.
Here is how we believe it will all go down. There will be the meeting before the meeting. It is the one that is done in private per the advice of the City Attorney. This is where the involved officials brainstorm about some of the legal challenges facing the City. The first pertains to some sort of anti-trust litigation involving Wachovia Bank. This one will be conducted under the authority of Government Code 54956.9, which has to do with lawyer-client privilege. Which I guess means we're being sued for something.
The second is one of the endless series of sessions dealing with the Sierra Madre Police Officers Association. If they aren't suing us, then they are asking for a raise. Since this one is being held under the aegis of Government Code 54957.6, it means the POA is likely asking for more money. What their justification for this might be is unknown, though in the hands of the proper writers it could be the source of much comedy.
Upon the conclusion of these sub rosa matters the public will be allowed entry into Council Chambers and the pageantry will begin. There are certain rituals that must be performed, rites that have their roots embedded deeply in human history itself. This includes the roll call just in case one of the City Councilmembers at the dais might be an illusion, doppelganger, or unholy incarnation of otherworldly forces hoping to taint the peoples' business. A Pledge of Allegiance to a far higher governmental authority than what shall be present at this meeting will be conducted by members of the Police and Fire Departments. Done as part of a 9-11 salute, I suspect. There will be either an invocation or an inspiration conducted as well. I lean towards an inspiration.
Other things that will happen include the approval of the agenda, approval of minutes, Mayor and City Council reports, public comment on items not included on the agenda, with some new hires stepping into the spotlight as well. These include Sierra Madre's new Fire Department Captains plus a new Finance Department Accounting Manager.
A citizen can always take comfort in knowing that in our City Council meetings there is continuity, order and traditional sense of purpose. Twas always thus, and will forever be.
After the spiritual and patriotic needs of Sierra Madre's citizens have been succored, the Consent Calendar will kick in, and lots of money will be spent. This evening a robust $1,633,230 will fly out the door and into the pockets of untold hundreds of individuals. What they will do with our money God only knows. I hope it will be for sound and moral purposes.
This spend will be done in two parts as tonight's Consent Calendar also covers the period that would have been dealt with had the City Council met a second time in August.
Some of the bills we will be paying this evening are disheartening. $705,420 will go to the California Joint Powers Insurance Association. This so we can afford to pay off any legal settlements that might arise due to such things as the endless lawsuits the SMPOA has been engaging in. Of course, our local POA believes that this will make the City cry uncle and give them all the fat raises and pensions they crave. We know that the law firm they employ (Lackey, Dammeier & Beelzebub) has spun the POA's little donkey heads around about this and is getting richer at our expense.
$61,906.50 will go to coal-fired Edison. Dapeer, Rosenblit & Litvak, LLP will get $35,000 and change for their efforts to enforce this cities codes. The Ferguson Group gets their $5,000 for doing our Washington DC lobbying for us. There are literally thousands of items here. It really is quite mind boggling how much gets spent by City Hall. Why I just don't know.
One item that certainly needs to be singled out is the $2,860.92 "Annual Maintenance/Energy fee for traffic lights" we are paying the City of Pasadena. Since we do not have any traffic lights I am not sure why we would be paying maintenance and energy costs for them. Unless it's for that flashing yellow light downtown somewhere. And if it costs us that much money for a flashing yellow light, then perhaps we should just get rid of the damn thing.
Item 1c has to do with updating "the classification plan and salary matrix." Something that should serve to remind us all that City Hall is not only expensive, but it is high maintenance as well. And this revolution of the forever evolving Salary Matrix is very little different. Here is how it is painstakingly explained in the appropriate Staff Report:
One of the part-time Accountants will be resigning from the City of Sierra Madre. Rather than re-fill this vacancy with another Accountant, staff would like to under-fill the position with a part-time Account Technician. The part-time Account Technician is not currently an approved position in the salary matrix; therefore, staff is asking the City Council to approve an updated salary matrix which would include a part-time Account Technician. By under-filling the part-time Accountant with a part-time Account Technician, staff anticipates being able to provide more service hours for the same amount of an Accountant (sic).
I guess the idea here is to sacrifice some ability for a less expensive number grinder. Something that which would then provide staff with someone who could work longer hours.
This concludes Part 1 of our two part preview of Tuesday evening's City Council meeting. Tomorrow we will tackle the rest of the stuff, including the very disappointing results so far for Item 6, the RFP for City Attorney Services. Despite all of the time that has gone by since this item was first agendized, absolutely nothing has been done.
http://sierramadretattler.blogspot.com
Posted by The Moderator at 5:15 AM