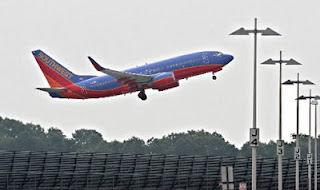 So today on The Tattler is something a little bit different. I am traveling on business. I had a 3AM wake up call and a 6 o'clock flight. Normally I'm not too addicted to sleep, but staying up until midnight watching last night's meeting, and then writing about it into the wee small hours, would have left no time at all for shut eye. And I have quite a day today. Long story short, I did not see the City Council meeting last night. Which is a shame, since it has been shaping up to be one of the more momentous ones we've had lately.

So what I am doing instead is throwing today's post open to you. All done in the hope that when I get to where I'm going I will find out what happened last night by reading The Tattler. Which is a little bit of a switch for me. Usually I figure out what is going on and then tell you about it. Whether you need me to or not.

In order to make this work a little better, I have listed each of the Agenda Items with some multiple choice answers attached. These are some of the possibilities I had in mind when I wrote this, but of course had no idea which answers would end up being the correct ones. If any. Kind of like when I was in high school.

So here are your agenda topics with multiple choice answers included. Good luck and please, no looking at your neighbor's paper.

1 - Consent Calendar: If you printed all 5 of the Consent Calendar items out on paper and placed them in a nice folder, what would you have?
A) A lot of paper.
B) A filled folder.
C) A reason to staple.
D) A sad end to the life of a perfectly good tree.
E) Yet one more thing not to care about.

2 - Citizens Option for Public Safety (COPS) Grant: Chief Giannone spoke on this matter. What did he have to say?
A) Things are going really well. The Department is better than it has ever been before, and boy oh boy is this money going to help.
B) I fear that civilization has begun to crumble about our ears. I don't know what to do about it.
C) SLESF does not stand for Supplemental Law Enforcement Service Funds, and anyone who says it does is a damn liar.
D) Thank you God, Thank you Jerry, All this money, Makes me merry.
E) I missed this part. I had to go watch some paint dry.

3 - Public Hearing On Permits: What exciting new information did you glean from this item?
A) The City will soon require you to take out a permit in order to apply for a permit.
B) You don't have enough money to even get through City Hall's front doors, much less ask them about the room you want to add to your house.
C) Just because you pay taxes doesn't mean you won't have to pay even more money when you finally do need something from these people.
D) Just don't tell the City. Chances are they won't ever figure it out anyway. They rarely leave the building.
E) I switched over to the Home Shopping Network while this item was being discussed.

4 - The City's Situation with the San Gabriel Valley Council of Governments: This item was agendized by Councilmember Harabedian. What became of it?
A) Nick Conway stopped by with his Buffet Bunch, ukuleles, and some Hawaiian shirts. Everybody soon forgot about the meeting and partied the night away.
B) Nancy Walsh said the distractions are over and everyone needs to recycle their batteries.
C) Josh Moran said that we get a lot of benefits from belonging to The COG, but declined to mention any specifics.
D) By a 3 to 2 vote the City Council decided to do or say nothing. Somewhere in heaven Sergeant Schultz smiled.
E) The fix was in. It always is with these guys.

5 - The City Council Vacancy Question: What would be the best practice for filling an empty City Council seat?
A) Give it to Bill Tice.
B) Buy a manikin and just sit it there.
C) Turn it into low income housing.
D) Play spin the chair.
E) Would anyone really notice the difference if you didn't?

6 - Should the Green Advisory Committee become a full Commission: What happened with this wild and crazy thing?
A) John Harabedian said he was a big believer in process.
B) A vengeful God struck down all who worship the Green Idol.
C) Josh Moran converted to the Tea Party and told a mortified Paul Alva that this wasn't a dialogue.
D) A condo is green, but your single family home is a cancer on the planet.
E) The Sierra Madre Police Department will now ticket all cars for greenhouse gas violations. You might as well start walking now.

7 - Public Safety Master Plan: What public safety initiatives were proposed?
A) Wrap everybody in bubblepack.
B) Prohibit the sale of donuts and energy drinks within the borders of Sierra Madre.
C) Don't run with scissors.
D) Only use a spoon, except when eating spaghetti.
E) Don't watch City Council meetings.

8 - Update and Report Regarding City Reorganization: How exactly can you tell if your City has been reorganized?
A) No one really knows. It has never happened before.
B) You get a call from the Police Department saying that they caught the guy who robbed your house.
C) You call City Hall looking for help and the person answering the phone doesn't tell you to go on-line and find it there.
D) An entire year goes by without someone in an official capacity informing you that taxes need to go up or the world will end.
E) You discover the point at which being forced to talk to someone you don't like becomes kidnapping.

You have 30 minutes to complete this test. Good luck, and yes. It will go into your permanent records.

http://sierramadretattler.blogspot.com
Posted by The Moderator at 3:00 AM