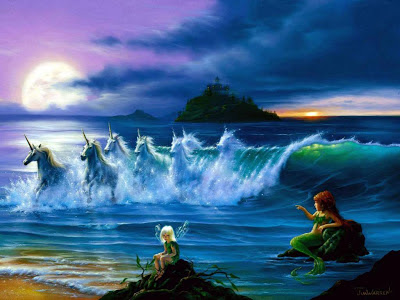 (Mod: My column in today's Star News deals with some recent tender memories.)

When you get involved in politics in my little town you might find yourself facing situations that can only be described as colorful. When I ran for Sierra Madre's City Council in 2010, a race that I finished in 6th place out of a field of 7, the fact that I was the local blogger did sit heavily upon my campaign. I became responsible for every politically incorrect comment and perceived slight ever posted on my website, many of which grew in the retelling. Which is fine, all is fair as they say.

But the election campaign frenzy to find examples of my bloggly crimes did go a little over the top at times. The woman responsible for our woefully inept weekly newspaper published an entire editorial claiming I'd been reported to the police twice for going through peoples' garbage cans to find "secrets." Imagine my relief when I checked with the PD and found no such reports had been filed. Then there was another local newsy who solemnly swore that among my first official acts if elected would be to "outsource the Fire Department." Something that would have been a neat trick since Sierra Madre's fire department is a volunteer one.

However, it was during the 2012 City Council election here, which I did not run in, that things got really wild. Apparently my role as emcee of the more widely read news source in town was a point of concern for some, and an effort was made to silence my insistent voice lest certain unworthy candidates suffer some form of the kinds of criticism I had bravely faced two years earlier. I swear I left the trash cans out of it.

Apparently a mysterious gentleman writing under the name of Lady Elizabeth Wistar took it upon himself to rally the faithful against my scourge of a news site. Using imagery that included unicorns, lavender clad fairies, rainbows, flowers and glittering clouds of pixie dust, Lady Wistar started a blog, several Facebook pages, a Twitter account and the Lord knows what else, all in an effort to portray me as being both insensitive and unfair to his (or was it her) preferred politicians.

Where it got rather surreal was in Ms. Wistar's placing of my gentle self upon a national website dedicated to exposing people for obstreperous internet behavior. My crime being that I had bullied candidates and elected officials. Which, if true, would mean that every newspaper, cable news channel and radio station that ever talked smack about a pol would need to also be labeled bullies. Think of the First Amendment implications.

A week or so back I got an email from the FBI of all people, and it turns out that they've been looking into that national website I'd been parked on by Lady Wistar. Apparently I am a victim, and they wanted to hear from me about my experiences. It turns out that the guy running that operation had an entire series of websites dedicated to helping individuals anonymously pillory those they don't like. With names such as "stdcarriers.com," "illegalalienreport.com" and (ironically) "cyberbullyingreport.com," you can imagine that nobody would much enjoy discovering themselves on any of them.

I know I didn't, and last March I had emailed the guy running these sites to explain the politically inspired impetus behind my having been placed there. I also requested that this libelous "report" be taken down. My request was scoffed at. However, this person did offer to have the matter taken care of, but only if I agreed to purchase a $600 "reputation protection package." Which, as I am certain you have surmised, was an attempt at extortion. That being the reason for the FBI's interest.

Like I said, when you get involved in Sierra Madre politics, you might find yourself in situations that can only be described as colorful. Who knows, maybe I should run again in 2014.


http://sierramadretattler.blogspot.com
Posted by The Moderator at 5:00 AM