Part 2: Noah Green Gets Caught With His Pants Down 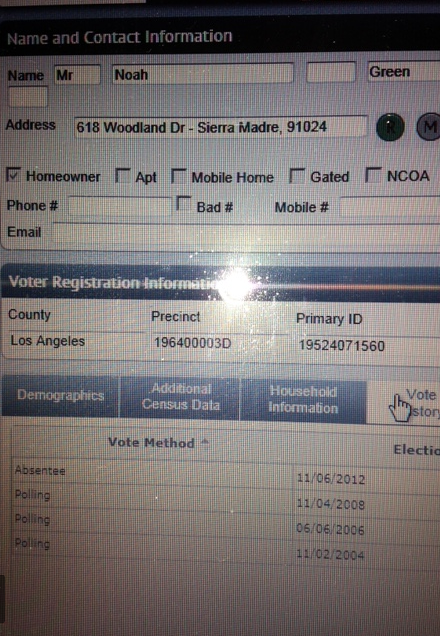 Bill Coburn ran an article on his blog Saturday called "Let's Denounce These Tactics." Its purpose was to somehow help defend Gene Goss and Noah Green from some of the charges leveled at them in a campaign postcard. One that clearly attacked both of them on the honesty issue late last week. Goss and Green attempted to downplay and spin what was said there, but in very different ways. Here is how the more interesting part of that article went:

I contacted Noah and Gene to get their response to the attacks on them.  Gene told me that he had in fact returned the union’s check the day he received it, but other than that he was going to go with a statement he published on the Issues page of his website, www.GeneGoss.com. That statement was: “I must be doing something right because today some knuckleheads sent out a cheesy last ditch mailer about me. It did not have a return address or the legally required ID and it includes the expected lies attendant to this sort of thing. As a college teacher for 23 years who is married to a teacher of 28 years, I am proud to be endorsed by the United Teachers of Pasadena, but I have not accepted any contributions from them.  I have a professional campaign treasurer keeping my campaign’s books because of my concern for absolute accuracy in my public campaign financial statements. She’s doing a great job and is not in any way a political consultant. My campaign has been successful because I am sincerely trying to pitch in and do my part to maintain the wonderful things about this town we love.  The people of Sierra Madre expect its leaders to walk the high road and set a proper example. That is what I have been doing and will continue to do.”

Noah responded that “The part about me not voting is totally false, I always vote. Otherwise,  I stand behind every quote they attribute to me in the mailer.”

Goss's clumsy attempts to explain away his broken promise not to accept the political support of unions, or the fact that he unfortunately shares a campaign treasurer with indicted State Senator Ron Calderon, is duly noted.

I have highlighted Noah Green's response here because it is significant. The information pictured in the inset above is from a webpage that tracks the voting records of individual Los Angeles County residents. What is showing in the screenshot is each and every time Noah voted. Between the years 2004 and 2012 Noah voted a rather meagre total of four times.

In other words, and according to this website, Noah does not "always vote." Rather he votes on very rare occasions. Or whenever he feels like doing it, which is not very often.

If anything, the Goss/Green postcard was about these two politicians and their struggles with honesty. Or at least that is my interpretation.

Noah Green did not help himself here. Neither did Goss.

http://sierramadretattler.blogspot.com
Posted by The Moderator at 4:59 AM