The 2014 Fourth of July After Action Report Is Now Out!

Our previous Mayor's favorite confab, the Community Services Commission, met this week. And of course there was the usual staff generated Agenda Packet. Something that can be very interesting reading if you are into going deep on the City Hall stuff. And really, who isn't?

I always enjoy checking it out myself. Of course, I read just about everything. It takes a lot of info to keep this little city blog rolling along at its daily pace. And contained somewhere within this particular document is the 2014 Fourth of July After Action Report. It is where City Staff gives their critique of how the 4th of July Parade was conducted this year, and what might be done to improve the collective experience.

Now in our opinion the intrepid volunteers of the 4th of July Parade Committee did a marvelous job this year, just as they did the year before. And kind of like it is with completely independent organized efforts like Alegria's famous Halloween bash, or the world famous Sierra Madre Rose Float folks and what they do so well, these parades pretty much run themselves. City Hall's involvement being kind of a superfluous add on. Certainly they must have more important work to do, and ought to be relieved that the residents can take care of these things all by themselves, right?

Well, not exactly. Apparently City Staff wants you to believe that they were deeply involved in the planning and execution of the 4th of July Parade. And judging by the amount of money they confiscated from the 4th of July Parade Committee for their pains, it must have been a mighty effort indeed!

Here is how the finances all break down, as detailed deep within our long awaited 2014 Fourth of July After Action Report. 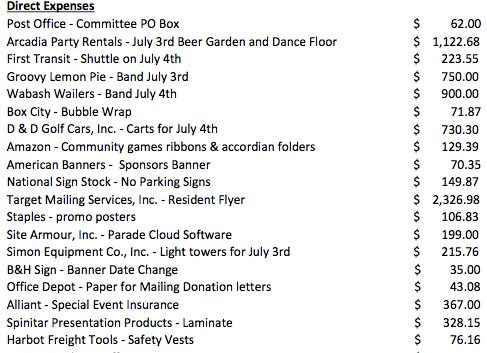 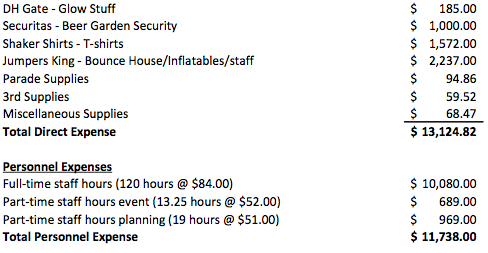 Where this all stops to make as much sense as it ought to is with the "personnel expenses." What exactly does staff do that justifies an $84.00 per hour expense charge? And 120 of them at that? Someone from City Staff does attend the 4th of July Committee meetings, and apparently at the rate of $84.00 an hour. Even though that staff member is on salary, and therefore is already being paid for his/her time once.

Besides, don't the volunteers of the 4th of July Parade Committee pretty much run this all by themselves? This parade is a Sierra Madre tradition, one where the institutional knowledge needed to run it has been handed down from committee to committee for years.

What exactly did City Staff do that took all of 120 hours? Or justifies an $84 dollar an hour charge? Is there any kind of itemized bill that was presented to that committee justifying the $11,738.00 they had to turn over to City Hall?

Also doesn't it seem odd that the amount City Hall charged the 4th of July Committee almost entirely accounted for whatever money was left over after expenses?

Who gets to keep the change?

There are two other events where City Hall presents volunteer organizers and those who fund them with a large bill every year. The first is the Mount Wilson Trail Race, and the other the Huck Finn Fishing Derby. Again these are events that have been going on for quite a long time, and pretty much run themselves. Why that big take away?

Think of how much stronger the volunteer organizations in this community would be if they were allowed to reinvest that kind money in their events. Occasions like the 4th of July Parade and the Mount Wilson Trail Race would only become better than they already are if they were could put it into the events they run.

It would also be a far better use for these funds. When this money is siphoned off by City Hall, where exactly does it it all go? Is that how this money should have been used?

City Staff is already paid once for their time by the taxpayers. They have salaries, benefits and pension funds. It makes no sense that this city's volunteer organizations should have to pay them a second time for these employee hours. After all, they're taxpayers, too.

Trouble in the Beer Garden?

This paragraph is also found in the 4th of July Action Report:

Does anybody know what happened?