Residents of the Arcadia Highlands area of our McMansion afflicted neighbor down the hill are getting organized in hopes of preventing the destruction of what is really one of the nicest places in that town to live. They have established a Facebook page called "Save The Highlands" to help create public awareness for their efforts, which you can access by clicking here.

You may also recall that this was the neighborhood in Arcadia providing much of the opposition to the razing of the Arcadia Woodlands by various grim LA County bureaucracies back in 2010. A cause many of us here in Sierra Madre supported.

Unfortunately, this was something that our so-called "green" Mayor and Mayor Pro Tem at that time failed to get behind when called upon by residents to do so. They didn't even bother themselves to comment about it, actually (link). Though both of them did support something they liked to call "green building standards," which always struck me as being something of an oxymoron. Perhaps Edison had made some investments in boutique building supply companies, or something.

There are a number of articles from major news outlets cited on this Facebook page dealing with the current bizarre situation in Arcadia, all of which we have discussed here on The Tattler. You do get the sense that many Arcadia Highlands residents feel that they have been sold out to powerful outside economic interests by their City government, and feel betrayed by this. Which is certainly something that residents living here can understand.

The Arcadia Highlands group currently has the following petition going, and they have already gotten quite a lot of support for it. This is how they pitch it:

Highlanders, please help set a precedent in the Highlands against mansionization! Download and sign the petition by following the link above or at the bottom of this post. More info can be found in the expanded "About" on the left.

This petition has been signed by over 330 homeowners representing over 250 homes in the Highlands. We urge you to join us in our efforts to get the opinions of Highlanders heard by our city council.

If you would like to help by signing the petition, please send an email to: ArcadiaHighlanders@gmail.com. Our goal is to have signatures representing over 400 homes in the Highlands. We still need signatures from about 150 homes. Please help spread the word!

Here is a screen shot of that petition. If you know anyone who owns a home in the Arcadia Highlands area, please forward this to them along with some encouragement to sign it. 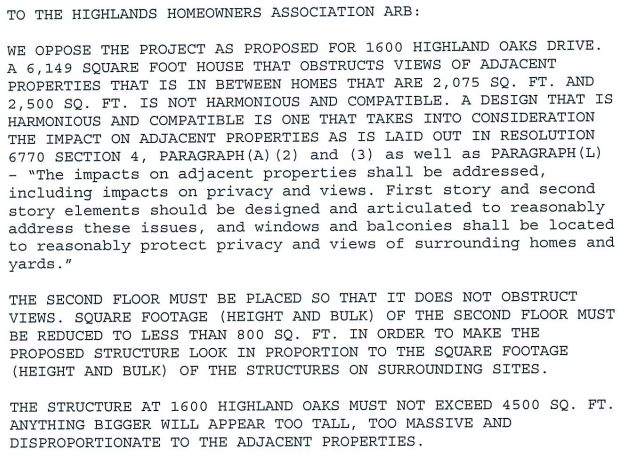 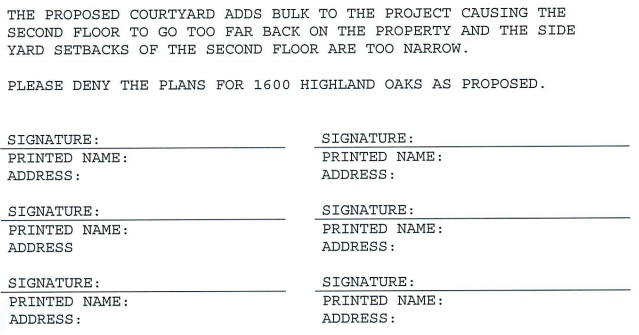 Our treasured and esteemed Congresswoman Judy Chu (link), who through her support for the 710 Tunnel is no stranger to selling out residents of the San Gabriel Valley for the longterm benefit of certain hostile foreign economic interests, got popped this week by the House Ethics Committee. Apparently Judy was cited for interfering in an official investigation of her office over the use of government salaried employees for personal political gain. This from KPCC (link):

House Ethics Committee scolds Congresswoman Judy Chu - El Monte Democrat Judy Chu was publicly scolded Thursday for using her Congressional staffers for campaign work and then interfering with an ethics investigation that sought to get to the bottom of it.

The House Ethics Committee has issued a letter of reproval, a punishment that carries no fine.

Chu was accused of requiring office staff to perform campaign-related work in her House office, during regular working hours. There's an ethical firewall between work done on the taxpayer's dime and that done on a political campaign.

After an investigation, the Committee found that Chu's staff performed "limited campaign-related work while in House offices and on official time, and that some of this work was not voluntary," but the Committee also concluded that Chu didn't know about it.

The reproval was for interfering with the investigation by "communicating with a member of your staff who expressed concerns about improper campaign work." Chu says she spoke to the staffer "one time simply to confirm facts based on the official calendar." She told the committee she regrets her actions.

The Ethics Committee called Chu's expression of regret commendable, but not good enough. By giving her own version of events to a material witness she violated a House rule. "You impeded the Committee's work and exhibited very poor judgment," the letter said.

Chu Chastised for Interfering in House Ethics Investigation - Concluding a probe it launched in March 2012 into allegations that Rep. Judy Chu tasked her official staff with campaign work while they were on the clock, the House Ethics Committee rebuked the California Democrat Thursday for interfering with its investigation.

Investigators learned a staffer had drafted a memo for an August 2011 fundraising lunch at the direction of Chu’s legislative director. They also discovered a second staffer spent several hours sifting through emails to Chu’s campaign account that were sent in response to a “military hazing” email.

The committee later determined Chu didn’t know about the improper work, and therefore had not violated House rules. But investigators learned over the course of the probe that the three-term congresswoman talked to her staff about the probe, violating House rules related to conduct.

In a 17-page report, the committee details a “troubling” series of conversations and email that took place on March 19, 2012, the day after the Ethics Committee notified Chu’s office of the investigation. After a staffer expressed concerns to Chu’s chief of staff about the probe, Chu tried to offer reassurance. Additionally, it appears Chu tried to cover up the March 20 email exchange.

She later apologized for the inappropriate contact with her staffers, but it wasn’t enough to keep Ethics Chairman K. Michael Conaway, R-Texas, and ranking member Linda T. Sanchez, D-Calif., from publicly rebuking her actions. Their two-page letter was posted Thursday.

Here is my question. Who actually votes for people like Judy Chu? And why don't they know how bad that is?