(Mod: On December 10 we posted an article called "The General Plan Update: A Race Against Time." You can link to it here. Here is a bit of what was said.)

There can be little doubt that a whole lot of time was wasted in between the moment when Mayor MaryAnn MacGillivray first set the General Plan Update into motion in 2009, and what occurred at last night's City Council meeting. Four long years of retrograde foot dragging Civility Party Mayors occupy the gap between these two highly beneficial events, with the resulting damage done to Sierra Madre becoming more evident every day.

The lot splitting atrocities that can now be seen being built all over town, along with the impending McMansion developments that could be going down soon at One Carter and other equally unfortunate places, none of this could have happened had not the likes of John Buchanan, Joe Mosca and those other two stood in the way of the completion of MaryAnn's hoped for General Plan Update. The necessary protections would already be in place and the very real threat to Sierra Madre of being turned into some kind of knock off Arcadia Adjacent just not there.

But unfortunately that is the hand dealt to us, and those four wasted years are now a problem that could have some serious repercussions. As an example we are probably less than two months away from yet another very expensive One Carter lawsuit, something that would have been inconceivable had the updated General Plan been completed in the 18 months originally proposed by then Mayor MacGillivray.

(Mod: In response to this article a resident sent me the following pictures of a project being built at 405-419 Mariposa. Something that would have looked decidedly different had the updated General Plan been completed in the 18 months originally planned rather than having been delayed for years by the four Mayors that followed MaryAnn. Projects such as this one are becoming more prevalent in town, and in the minds of many are completely out character with the settings they are found in. Yet they are being built. A legacy of four Sierra Madre Mayors who were not faithful to the wishes of the people who elected them to office.) 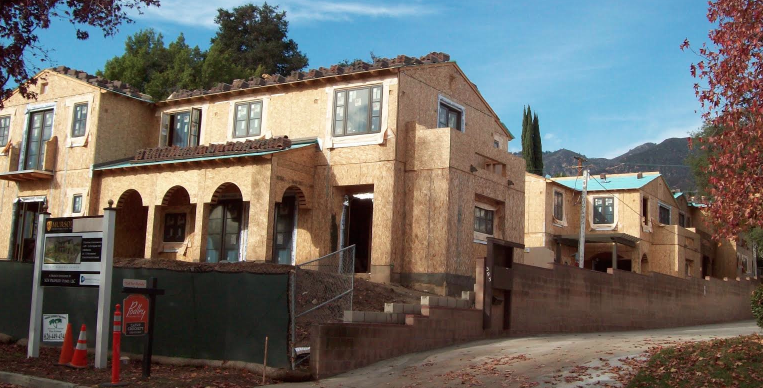 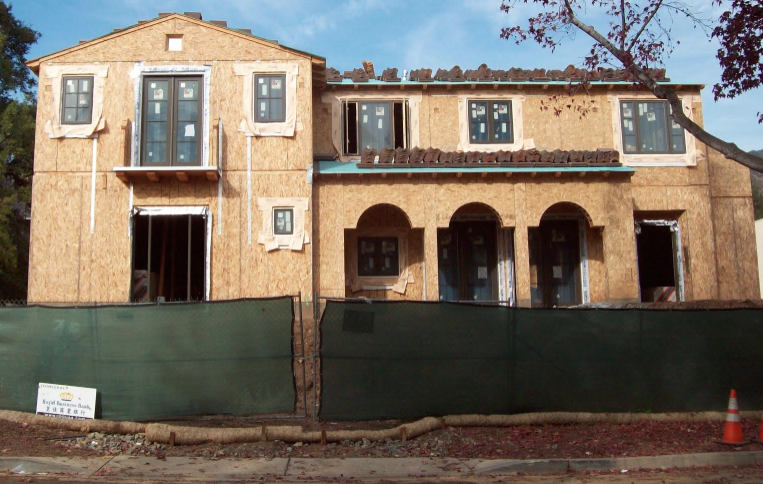