I'll be the first to admit, it is good that the Sierra Madre Police Department is ahead of the curve on the sex offender issue for a change. Considering that AWest had been allowed to freely wander around town for a few months unsupervised, or that they lacked the will to register downtown society party favorite Bob Matheson as a sex offender even though he had been jailed in Nova Scotia for possessing a laptop packed with some truly nasty child pornography, this really is quite a major step forward for them.

I'm sure the SMPD will get a lot of "likes" on the City of Sierra Madre Facebook page for this law enforcement feat. And well they should. They did their job.

Below is a screen shot from a portion of the article currently up on the Pasadena Star News website. 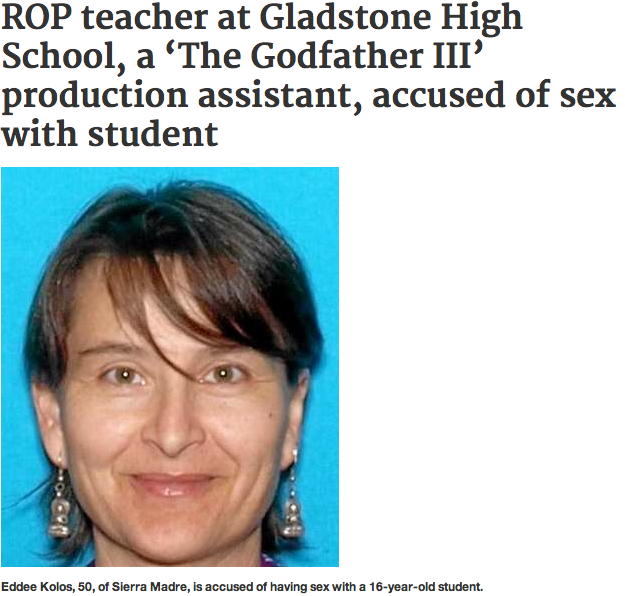 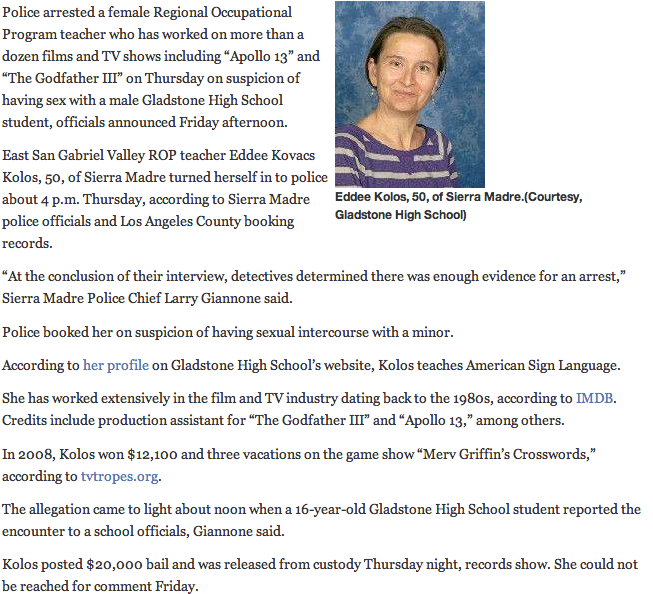 The rest of this PSN article can be accessed by clicking here.

So I guess all we have to do now is wait for the folks from the California Reform Sex Offender Laws (CA RSOL - link) to show up here and tell us how unfair we are being to this poor woman.

(Mod: I was feeling a little guilty about not posting a wrap up of the Planning Commission meeting yesterday. So I thought I'd try and make up for that oversight by posting the message Preserve Sierra Madre sent out to their mailing list yesterday.)

At last night's meeting, the Sierra Madre Planning Commission directed city staff to lower floor area limits (how big a home can be built on a given size lot), lower the CUP threshold (which homes will receive additional scrutiny from the Planning Commission) and made a  CUP mandatory for all second stories.  These all represent significant improvements to the current code and will hopefully be enacted at the March 5th Planning Commission meeting after one more review.

We must commend each member of our Planning Commission for their actions which send a clear message that Sierra Madre, while allowing reasonable development, will stand firm against over-development and the kinds of development that can adversely impact on the existing  neighbors' views, light and privacy.

Chairman Desai and the rest of the Planning Commission engaged in very thoughtful and deliberate discussions as they arrived at a unanimous consensus on each one of the issues.  While the end result differed slightly from some of the recommendations of Preserve Sierra Madre, the Planning Commission is to be commended for their actions and we support their efforts wholeheartedly.

Finally, we want to thank all of the people who spoke at the meeting and who attended the meeting in support of preserving our "village in the foothills".  You are making a difference.

Thank you for your support.

(Mod: I do have one complaint about Preserve Sierra Madre. They are doing so good a job that I am running out of things to write about. Thank God for Arcadia and Pasadena.)