Claiming that they feared violent retribution against both themselves and their families, the victims of the GemCoin Ponzi scam have announced that they will not show up at Arcadia City Hall this evening to demonstrate. Needless to say those who have been working closely with these victims in hopes of bringing their story to a larger audience were both surprised and alarmed by the reasons for this development, but the decision appears to be irrevocable. These people genuinely fear for their lives.

I will be adding more information to this post shortly. It is quite a development, and a possible sign of the fear and anxiety these Chinese nationals are living under. Even here in America. You have to wonder who exactly it is that got to them, and what was said to put so much fear into their courageous hearts.

John Wuo, who was reported to not be attending this evening's City Council meeting because of the demonstrators, may actually now be in Council Chambers.

But for now this is just speculation.

More: USFIA denies being in the GemCoin business

This is interesting. Chen's organization now denies being in the GemCoin business, yet publishes its press release with a big and shiny GemCoin logo clearly at the top of the document. So all of those documents, photos and videos showing a clear link between USFIA and GemCoin are now inoperative?

Maybe in a parallel lunatic universe. 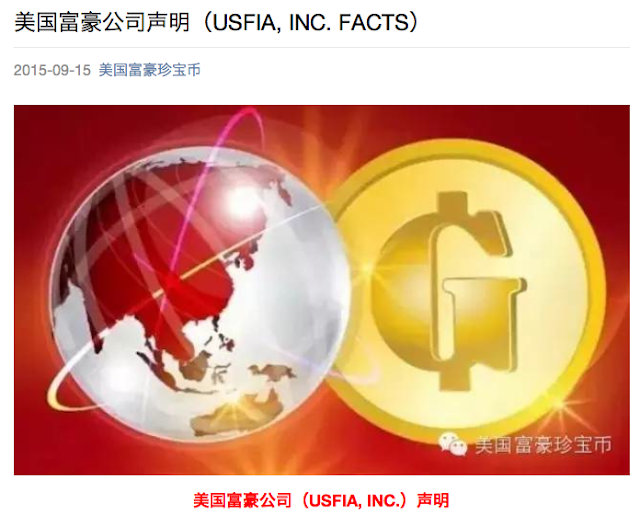 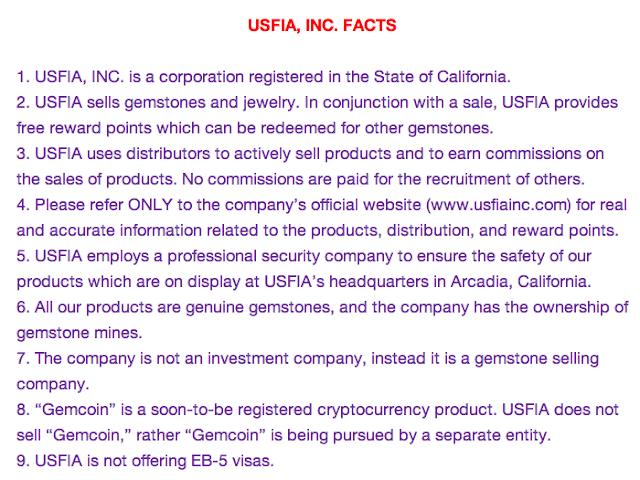 Apparently this nonsensical press release replaces the press conference that was suddenly - and without any given reason - canceled.

More news as it arrives.

sierramadretattler.com
Posted by The Moderator at 3:23 PM