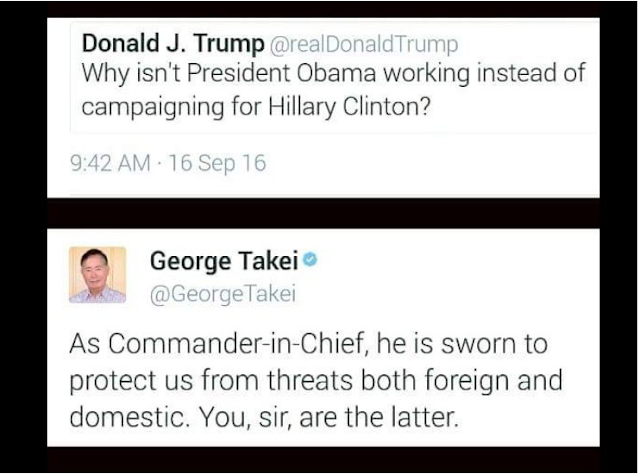 In a desperate effort to cover up their lie, the Donald Trump campaign put out a press release that provided proof that Hillary Clinton didn't start the birther conspiracy.

This is the transcript of an interview that a Clinton advisor did with CNN that was released by the Trump campaign:

PATTI SOLIS DOYLE: There was a volunteer coordinator, I believe in late 2007, I think in December, one of our volunteer coordinators in one of the counties in Iowa. I don’t recall whether they an actual paid staffer, but they did forward an e-mail that promoted the conspiracy.

The transcript shows that Hillary Clinton shot down the birther conspiracy. When a staffer forwarded an email that promoted the conspiracy, that Clinton staffer was fired.

In other words, Donald Trump just released proof that Hillary Clinton didn’t start the birther conspiracy as he claimed at his event earlier on Friday.

It is unfathomable, but it appears that the reemergence of Trump’s birtherism has caught his campaign by surprise. The memo and interview that they cited were proof that Hillary Clinton didn’t begin the birther conspiracy.

Donald Trump’s own campaign just proved that their candidate is a liar.

The midday bulletin arrived as another bizarre moment in the absurdist presidential campaign of Donald Trump: News Alert: Trump admits Obama was born in the United States.

What? It read like some variation on “Trump Finds the Earth No Longer Flat.” But no, Mr. Trump, the ultimate mountebank, was at it again, altering but not abandoning the Big Lie campaign that first made him the darling of wing nuts and racists five years ago: his vicious insistence that President Obama was not born a legitimate American citizen.

Did he apologize to Mr. Obama and the American people for the political poison he spread for so long? Of course not. Being Mr. Trump, he instead substituted a lie for a lie. He falsely accused Hillary Clinton of starting the birther myth, then further claimed he had nobly “finished” it off by badgering the White House for proof that Mr. Obama was born in Hawaii, not Africa.

The standard words for campaign mishaps — “flip-flop,” “retreat,” “walk-back” — simply do not apply to this candidate’s spirals through unreality.

“Hillary Clinton and her campaign of 2008 started the birther controversy,” Mr. Trump maintained with a straight face, speaking in Washington to a crowd of friendly military veterans. “I finished it.” Then he conceded the truth, an act that must have felt very peculiar to him: “President Barack Obama was born in the United States, period.”

Not quite period, much as Trump strategists now wish it were. Mr. Trump is probably hoping to reassure voters that he is edging into the mainstream, that he is not just the reckless, cynical bully of the Republican primaries. But the birther lies cling to him as tightly as his nativist hallucinators.

The facts — because facts still matter — are that Mr. Trump continued to heap doubt on President Obama’s birth certificate even after it was released, slyly retweeting others’ contentions that it was a fake and a “computer generated forgery.”

After he tried to pin the birther smear on her, Mrs. Clinton called it what it is: an “outrageous lie” intended to “delegitimize our first black president.” Mr. Trump delegitimized his own candidacy instead. 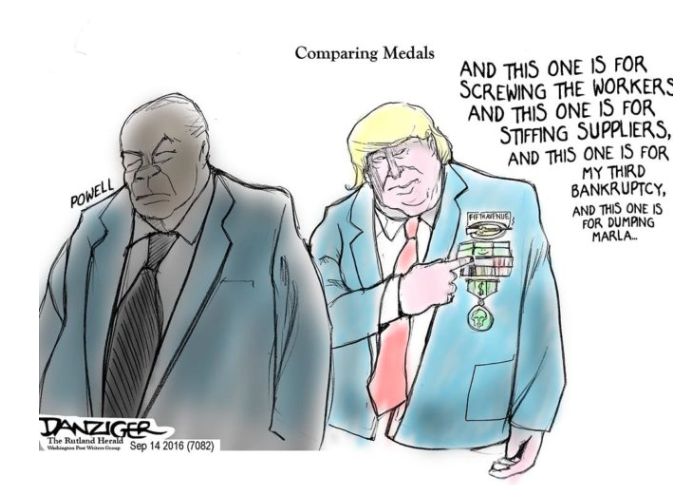