Is Sierra Madre City Hall is laying the groundwork for yet another water rate increase?


At Tuesday evening's City Council meeting more groundwork will be laid for yet another water rate increase. As Councilmember Harabedian might put this, it is a process. It could also be called "rolling out the same old baloney." You can link to the presentation by clicking here. It is pretty much the same platitudinous boilerplate as last time, and nothing you haven't seen before. Though the colors used for this year's report have been changed. They're brighter.

Perhaps the largest contribution to the need for yet another water rate increase in Sierra Madre is its water bond debt. There is no mention of that anywhere in the materials prepared for Tuesday evening's City Council meeting, which is not surprising. This is a scandal many years old now, and hardly the kind of thing anybody on the current City Council enjoys dealing with. Reasons would have to be given, and names would need to be named. That would be unpleasant. Especially for those responsible.


Again, here is a breakdown of that debt. And yes, you've seen it here before. Note that the city has only been paying the interest on its water bond debt since its inception in 2004. Not the best business practice, as anyone who uses a credit card can tell you. That madness all ends in 2019, after which the principal will need to start being paid. This results in more than a doubling of what Sierra Madre will have to shell out on a yearly basis, and will continue to need to do so until the year 2034. 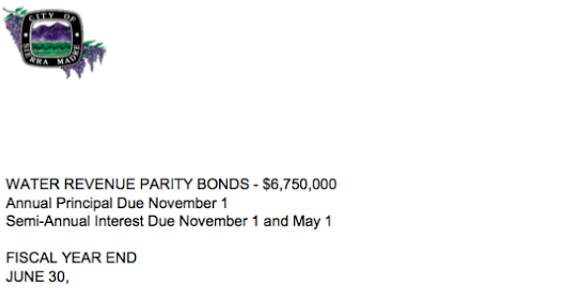 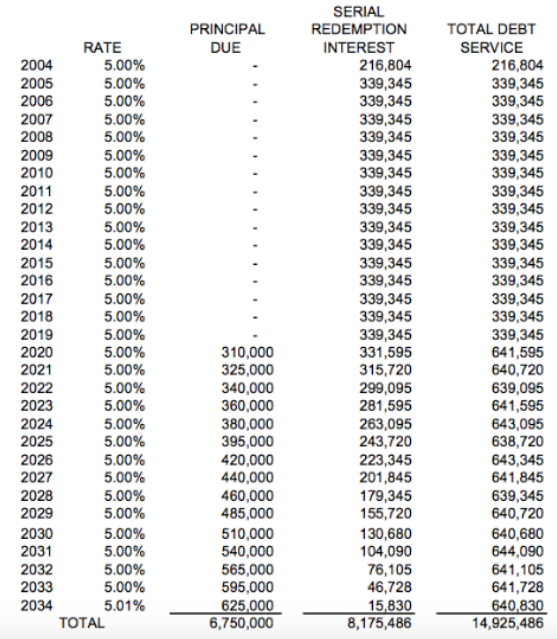 When this water bond was first created the entire bill was $6,750,000. Sierra Madre's policy of only paying the interest on this debt caused that amount to balloon to $14,925,486. All of which is being paid for by you, the somewhat detached ratepayer. In ever increasing amounts.

Isn't it odd that the only place you are hearing about this is on a blog?

sierramadretattler.blogspot.com
Posted by The Moderator at 6:45 AM