Mod: Back at the beginning of what has been a fairly eventful month of July, City Manager Gabe Engeland released several reports on Sierra Madre's rather at-risk financial condition. These reports dealt with the coming year's budget, the travails of the "water enterprise" and its scary bond laden debt load, and city employee pension obligations. Today we'll deal with pension obligations. What we are supplying here comes from the pension shortfall numbers being supplied by the City of Sierra Madre, and a somewhat copacetic report from the Stanford Institute for Economic Policy Research. Here is the CoSM report (link): 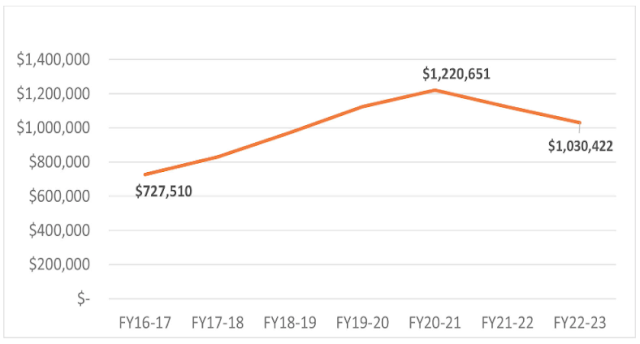 Mod: What follows now are the numbers supplied to us by the Stanford Institute for Economic Policy Research, which are no better. This is how they display Sierra Madre's pension woes (link): 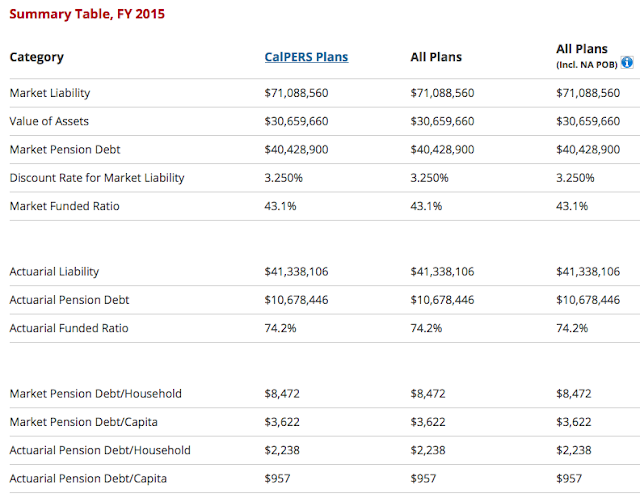 We have never claimed to know everything here at The Tattler, but we've also never been afraid to ask questions. It is always better to know. I'll be running these following questions by City Manager Engeland today, who has really been exceptional at getting back with answers.

While the "Actuarial Liability" numbers being supplied by both City Hall and this Stanford based outfit are the same at $10,678,00, there is another number. The Stanford Institute for Economic Policy Research also talks about something called "Market Pension Debt." At right around $40 million, that figure is approximately four times Sierra Madre's reported actuarial pension debt, or $8,500 per unhappy household.

The American Enterprise Institute claims that "Market valuation of pension shortfalls more accurately shows the risk" to city budgets and its long suffering taxpayers. You can link to an interesting article the AEI has supplied on this topic by clicking here.

My questions today are why is there such a large numerical difference in these two methods of reporting pension debt, and why has the city been averse to discussing the far more robust market valuation figures?

I will let you know what I find out in the next day or so.