The Library Survey Post Card Now Exists, And Here It Is!

Would you believe I have a problem with it? Or at least I do with this version which, perhaps, may change. It is up for discussion at next Tuesday's City Council meeting and you just never know. Maybe the toothless old lion will actually disagree with something that is placed before it, and meow for a change or two. Lottery odds I know, but you have to be in it to win it. Or at least that is what they say. You can link to the associated Staff Report in its original lair by clicking here. You may be able to find additional information there.

In its current proposed form, here are what the more interesting portions of this card look like. If you click on each of these two images they will enlarge.  For reading ease I made this as large as I could here without running into the "Top 10" images on the right. A brief discussion will follow. 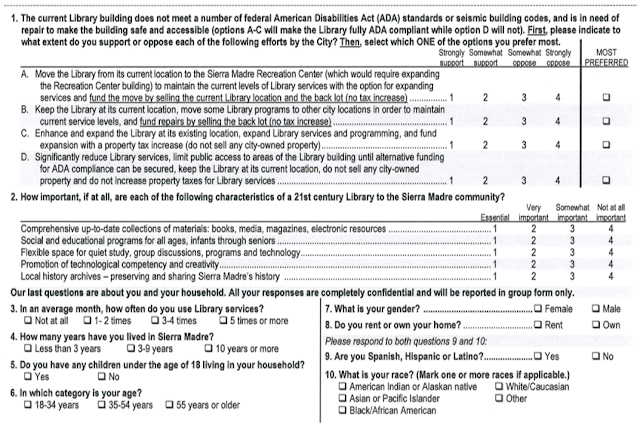 Here is a note from the City Manager that will accompany the above. 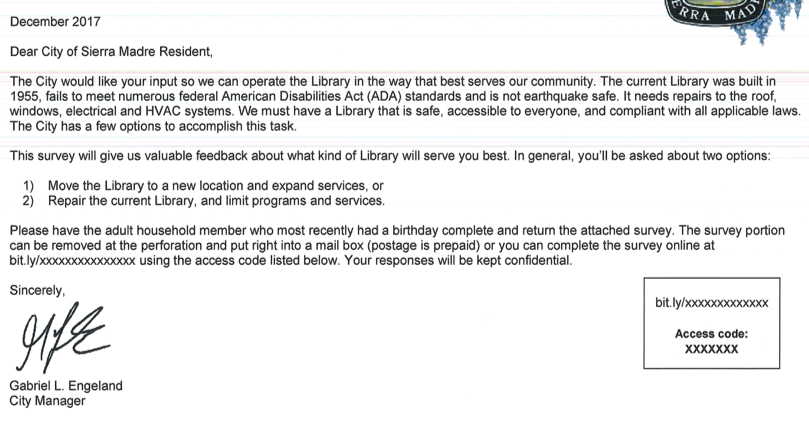 The one rather glaring flaw that I see here is with Question 1A, which reads:

How do we know that no additional tax money will be needed to make the Library Board of Trustee's dreams come true? Will the money raised by the sale of the current Library property match what it is going to take to make it all happen at the Youth Activity Center? The only City Hall guidance I have been able to find so far is found in a July 11th Staff Report, which you can link to here.

So it would appear that the "no tax" vibe found in that question I am concerned about is based on an "initial estimate of $3 million." But we won't know anything for certain until the Friends of the Library funded study comes back. Which it hasn't yet.

That should make for another document that will be an interesting read. Funny how the associated parties that want to sell off the Library property the most are also the ones gathering all of the important information. Maybe that is why they're paying for it?

So anyway, aren't the financial assurances of Question 1A a little premature? You would hope they'd be based on something a little more substantial than just an "initial estimate."