Mod: I received the following on Sunday, and I am posting it here today on The Tattler to help undo what I believe was an unacceptable act by the publisher of the "Arcadia's Best" website, Arcadia Mayor Pro Tem Sho Tay. Allowing someone to publicly - and anonymously - impugn the honesty of a reader of your publication, and then in turn refuse to publish the response of that reader when it turns out they do have the facts, facts that you don't especially like, is both dishonest and gutless. It is hard to believe he'll soon be Mayor.

Dear Tattler. My name is Laurie Thompson. I am a 45 year resident of the City of Arcadia. I have served as Chairperson of the Architectural Review Board for the Santa Anita Village for 22 years. However, this correspondence reflects my 45 years as a resident, and not that of an ARB Chair. Recently I commented on Arcadia's Best in response to a slanderous article about Tom Beck written by the supposed phantom “hack,” Brett Meyer. Commenters then accused me of being untruthful and challenged me to provide proof. Below is an example: 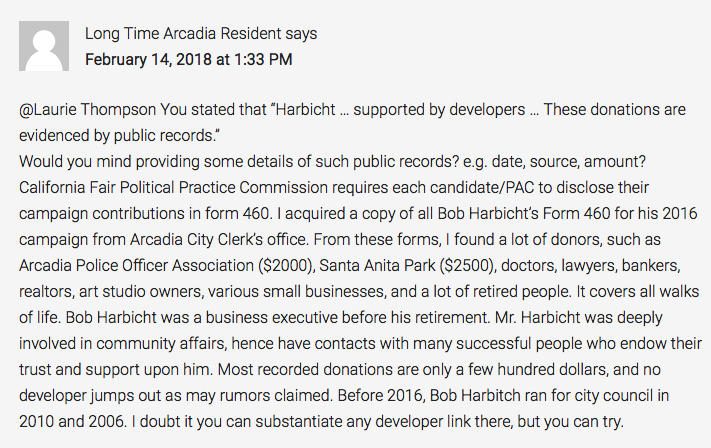 I sent the following email to Sho Tay asking him to publish my response as a rebuttal and proof of the validity of my comments. I have not heard from him nor was my response posted. Not surprised. Truth is not his long suit. He will not post it. Will you?

Mod: What follows is Laurie Thompson's reply to "Long Time Arcadia Resident's" snarky commentary, along with more than enough proof to establish that Bob Harbicht has taken substantial sums of money from developers. The Mayor Pro Tem of Arcadia might not be able to handle the truth, but that is hardly any reason why everyone else in town shouldn't be given the opportunity.

Mayor Pro Tem Tay:
I do not know how to hack your Arcadia’s Best website, so could you please post the following as a guest blog like you did for Mr. Brett Meyer? It should appear as its own post, and not a comment to Brett Meyer’s article. It’s only fair since you allowed Mr. Meyer to do it. After all, he illegally hacked into your website and posted.

DON’T VOTE FOR BOB HARBICHT, EVER by Laurie Thompson, a real person who lives in District 2.

There have been many misstatements, false accusations and misinformation communicated on Arcadia’s Best in the last couple of weeks.  I’d like to clear up some of the inaccuracies with written documentation that cannot be disputed.

In 2016, Nevis Capital contributed $26,850 to a Political Action Committee called Homeowner’s Association. They were not filing campaign disclosures in Arcadia, but sent mailers to Arcadia.  Nevis Capital indicated the $26,850 was for campaign expenditures on the campaign of Bob Harbicht.  Reporting forms are attached. Nevis Capital owns 90 acres of undeveloped hillside in Arcadia and is owned by Jeff Lee.

It is pure assumption, but it is a reasonable assumption, that Bob Harbicht would feel “indebted” or “grateful” to these developers for their contributions to his campaign. One might say that this may influence his decisions when their projects come before city council. Or, one might reasonably believe that Mr. Harbicht’s opinion about development are aligned with those of these developers.

Developers are not bad people. But they naturally put their financial interests above the interests of the neighboring properties and residents of Arcadia.

Council Member Beck has not received any campaign contributions from developers. Signatures on nominating papers is not money in the bank. These are 2 different things.

Mr. Harbicht has also been touting his endorsement by the Arcadia Police Officer’s Association.  This is not the Arcadia Police Department. These are 2 different things. The APOA is the group that represents the police officers in salary negotiations with the City Council. The Association endorses the candidate they feel will be the best advocate for the officers’ salary increases, benefits, pensions and health insurance payments.

This endorsement has nothing to do with public safety. Mr. Harbicht received $2,500 from the Arcadia Police Officer’s Association in 2016. Again, Mr. Harbicht now “owes” this group.

Council Member Beck did not receive the endorsement of the APOA because he is well known to be “fiscally conservative” and does not give in to the demands or threats of the APOA.

Again, the members of the APOA are not bad people. They are police officers of our Arcadia Police Department and they give a lot to our community. They do a very good job of keeping us safe, protecting us from the “bad guys”.  But when the APOA is negotiating for pay raises, it’s for their own self-interests. It has nothing to do with improving the safety of this city, making more arrests, or fighting crime.

Mod: Below are the documents Laurie Thompson supplied to Sho Tay when she attempted to get her rebuttal posted on his "Arcadia's Best" site. Apparently this is information Mr. Tay is afraid of, and hoped would never see the light of day. 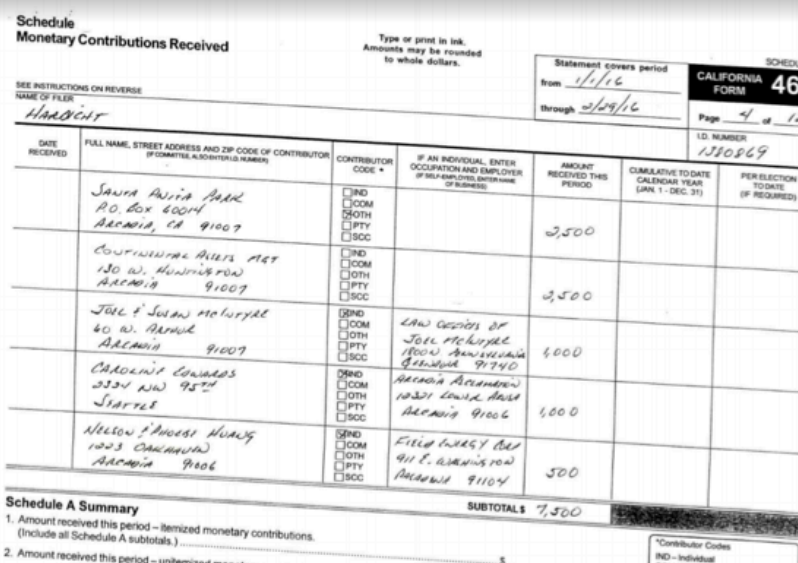 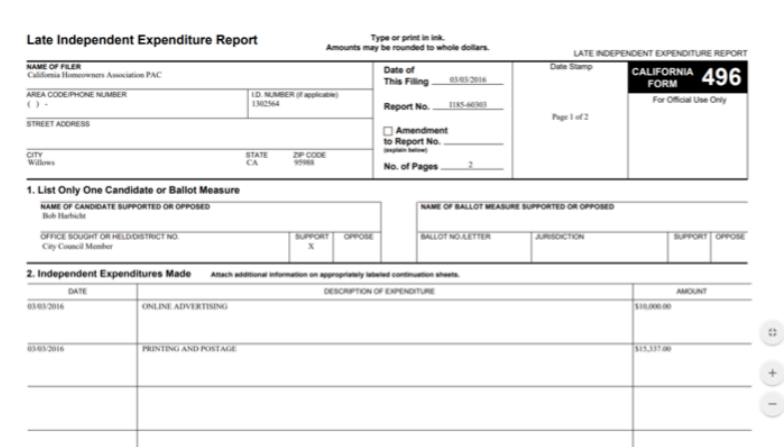