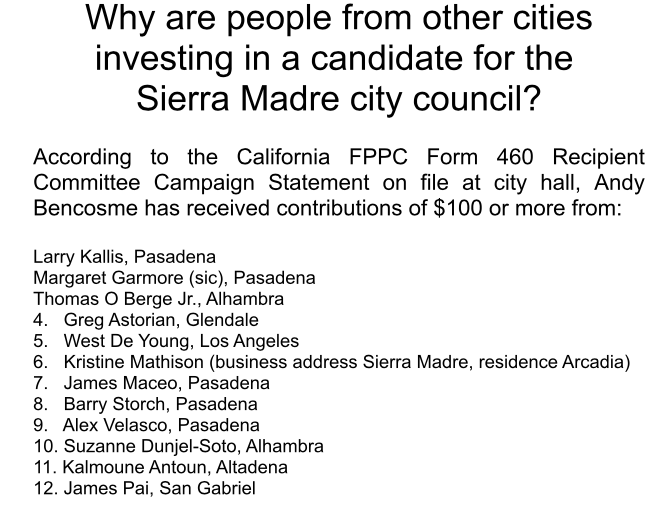 
Mod: One of my favorite writers on all things development related is Dick Platkin. Here is something he recently wrote for the news site LA City Watch. What I am posting here is edited. The entire article is available at the link.

LA’s Politicians and Academics: Shills for Real Estate Speculators (City Watch link): The urban growth machine, including its enablers in public office and academia, dish out endless cover stories to camouflage their hidden agenda of priming the pumps of real estate speculation. When one of their self-serving theories bites the dust, they quickly advance another one, knowing they can depend on the corporate media and “business-friendly” policy experts to quickly pickup the beat.

Greenwashing: The best know version of this ploy is greenwashing, such as Exxon’s and Chevron’s public service announcements trumpeting their restoration of ponds, shorelines, and meadows. Meanwhile, these and similar energy companies continue to extract fossil fuels, often with immediate pollution, followed by the huge generation of the Green House Gases responsible for climate change.

Now, the density hawks, whether hob-knobbing with San Francisco’s Scott Wiener in Sacramento, or hunkering down at LA’s City Hall, maintain that increased residential density achieved through the accelerated construction of new, market rate apartment buildings reduces the generation of these same Green Houses Gases.

While their claim that higher densities can reduce individual and cumulative carbon footprints is true for highly selective urban environments, especially New York City, their real estate proposals are the antithesis of the New York City model. They simply want to layer dense, energy-intensive apartment buildings on top of a generally low-density city, Los Angeles, whose infrastructure and public services are already severely taxed and predicted to fail.

Population boom-washing: Since their greenwashing claims failed to gain serious traction, the density hawks turned to population-washing, repeatedly claiming that Los Angeles was on the verge of an imminent population boom. To, therefore, plan for the future, the city needed to build new, high density apartment buildings so these new Angelenos would have a decent place to live.

As previously reported, the 1996 General Plan Framework’s population forecast for 2010 was 4,300,000 people.  This figure, though, turned out to be 500,000 people higher than the actual 2010 US Census. Since then, according to demographer Wendel Cox, the boosters have four times claimed that Los Angeles finally exceeded the 4,000,000 mark. But, each time they had to walked back these claims because Los Angeles still has not broken surpassed the 4 million barrier.

Transit-washing: Since more people are leaving than coming to LA and SF, the real estate industry and their lieutenants have already contrived another whopper to justify zoning deregulation: it will increase the number of people living near mass transit stations ridership, and therefore reverse a long-term trend of declining transit ridership. This is because they believe – despite contradictory evidence -- that anyone who lives near transit will use it.

The fallacy of this “build more market housing near transit” argument was revealed by recent research from UCLA.  In the Los Angeles metropolitan an increasing number of low income tenants own and drive cars, and no longer use transit.

This is why the gentrification of neighborhoods close to transit services would not increase transit ridership. It replaces existing low income transit users, whose numbers are already declining, with affluent newcomers who drive cars and seldom or never use transit, even when they live close to it.

They imagine that a glut of expensive housing forces the price of housing down to the point that it becomes affordable and apartments that rent for $2000-3,000 per month will be discounted to $600 a month because of high vacancy rates. Again, there is zero evidence of this happening in Los Angeles for two very good reasons. First, investors don’t like to go bankrupt, which happens when they charge affordable rents. Second, landlords can easily fill empty houses and apartments throughhighly lucrative Airbnb short-term rentals when they are faced with money-losing high vacancy rates.

If the filtering and the supply-and-demand arguments do not pass the smell test, you are right.And, in the Los Angeles Times, Tracy Jeanne Rosenthal explained why. Gentrification reduces transit ridership. In order to assemble building sites for new, market-oriented apartments; builders must evict current residents, most of whom are low income and the most likely demographic category to use transit.

In contrast, the new residents of new market housing are much better off. Almost all of them own cars, which they use for most trips. According to Rosenthal, the more LA gentrifies, which is the program of the density hawks, the more transit ridership will decline, a finding confirmed by the previously mentioned UCLA transit ridership study.

Mod: There is a lot more to this article, and should you wish go to City Watch and read the rest. It pretty much nails the many specious arguments you will hear from those who want to build, no matter what the real costs to the community or its residents.