Mod: I've been enjoying some of the comments left on the so-called Arcadia's Best site back during the recent election, and there really is a wealth of fine blogging material there. I don't know if it is the naivety of the commenters themselves, or if they were expected by AB's administrator to say such things, but some of these folks really missed the point. One such individual, who alludes to himself as Nelson G, even referred to the LA Conservancy as "extremist." Here is this dude's rather wild ride:

I support the preservation efforts, but not the over reaching draft ordinance as it stands today. I am very aware of LA Conservancy. In fact, the recent push for historic preservation ordinance in Arcadia was triggered by an “F” grade received by Arcadia in 2014 for the lack of historic preservation effort. OMG, an F! The fact is, there are more cities getting F than the sum of all other cities getting all other grades. That makes you wonder how objective the criteria used by LA Conservancy are. How legitimate is LA Conservancy? I feel that their views are quite extreme, as are their criteria. For example, a city will get credit for “Owner Consent Not Required for Designation”. How outrageous! I wonder if getting an F from LA Conservancy is a bad thing or good thing. Of the small list of poster children you provided, our close neighbor San Marino fare even worse than Arcadia, because they had the sense to not waste $120k on a “Survey of Historic Resources”, hence lower total score. San Marino has not adopted a historic preservation ordinance, although they may be considering one. San Marion has proved that it is possible to do a good job preserving their city over the years, without the tyrannous preservation ordinance. Our other close neighbor Temple City got 0 points for their historic preservation effort. But they are $120k richer than us. There are more cities getting 0 than 100% for sure.

Just to help Nelson understand how the LA Conservancy works (link), not every city in Los Angeles County has received an ignominious 'F' grade. As a matter of fact, 2 out of the 3 cities this blog covers actually did rather well. Proving that some cities do take some pride in making themselves both attractive and historically interesting. Here are the grades for these towns, in descending order. 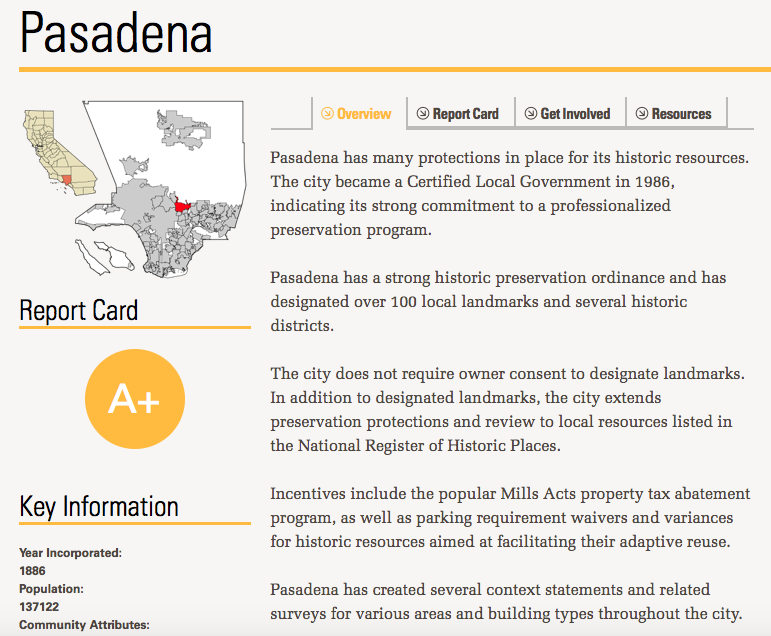 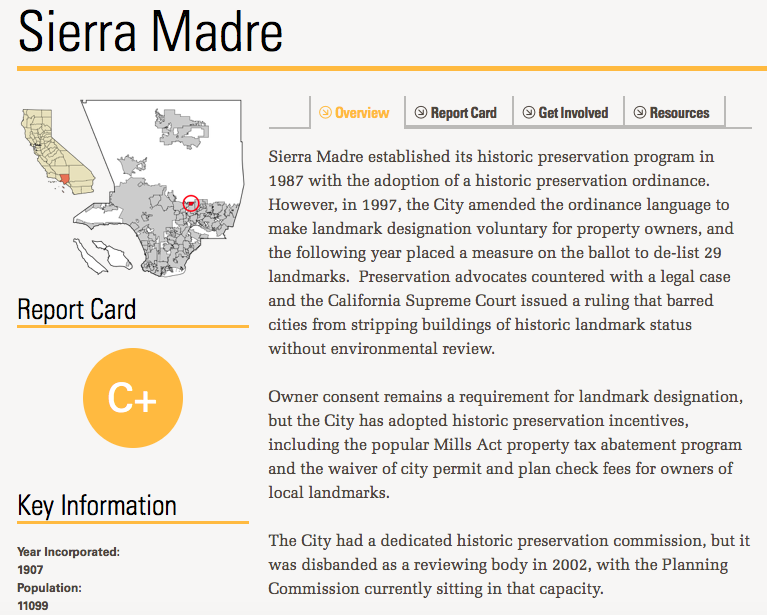 The news on the two cities cited above came from overviews, which is what I have supplied to you here. However, with Arcadia there isn't very much good to talk about, so sadly there was no such overview provided. So what I am going to do here is go directly to the LA Conservancy report card. As you already know, it isn't what anyone would call pretty. 25 out of a possible 245 points never could be anything but bad. 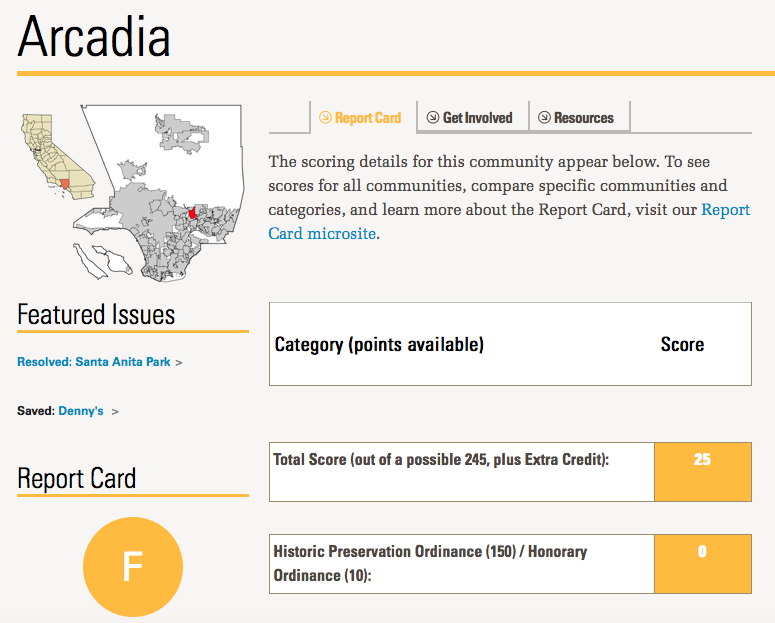 It is sad to think that the one thing Arcadia did have going for it was the Denny's windmill. Unfortunately, the windmill itself fell off its spindle recently and crashed through the restaurant roof. Think of it as a new version of the Grand Slam breakfast.

Maybe our friend Nelson G should consider that a metaphor worth pondering.