As perhaps you may recall, former Sierra Madre pol Joe Mosca was appointed to the Encinitas City Council by one of the San Diego County political machines there because, well, because they wanted to. You certainly know how that works. So technically Joe isn't running for any kind of reelection because so far he hasn't been elected to an office in Encinitas yet.

But goodness, why quibble? The happy news today is there is a peppy campaign effort in Encinitas underway to dethrone this two-town carpetbagger and send him packing to his next exciting political opportunity. Maybe in El Centro. Or perhaps Slab City.

The following vibrant flyer was revealed to us on a blog yesterday called Encinitas Undercover, which can be studiously perused by clicking here. It certainly is not very complimentary of the small city politics lifer who once upon a time claimed that he loved Sierra Madre with all of his heart, then quit and left the country. 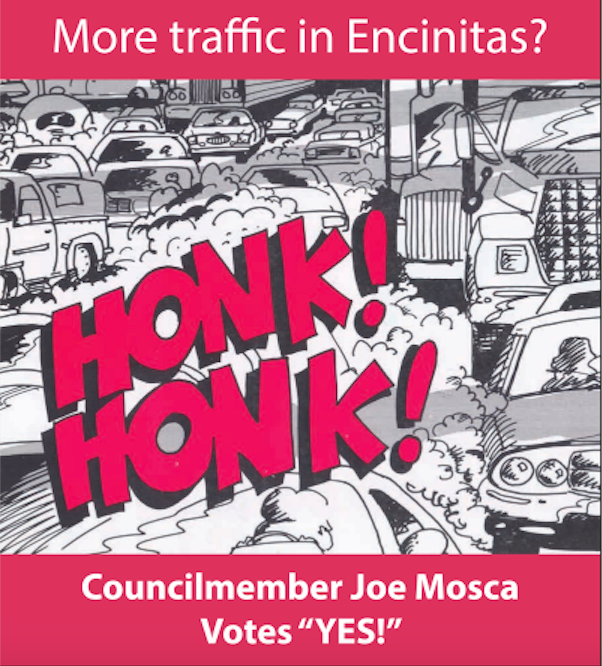 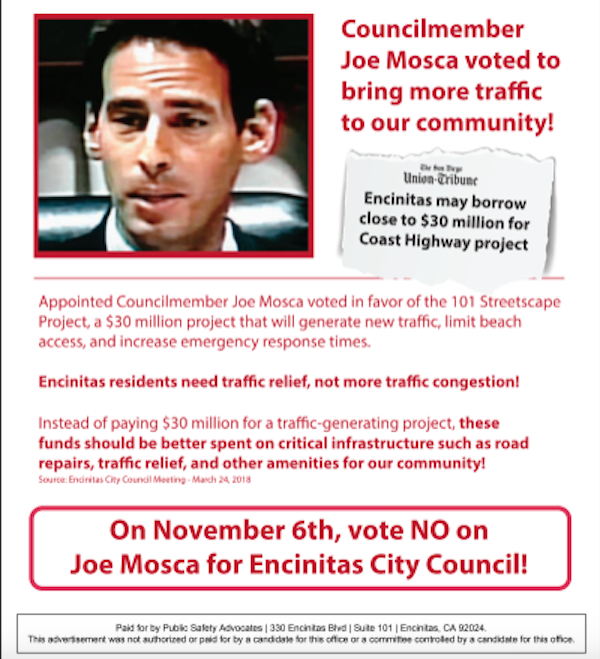 One more thing. See that artistic photograph of Our Joe? .50c will be awarded to the first person who can identify exactly where and when that picture first appeared.