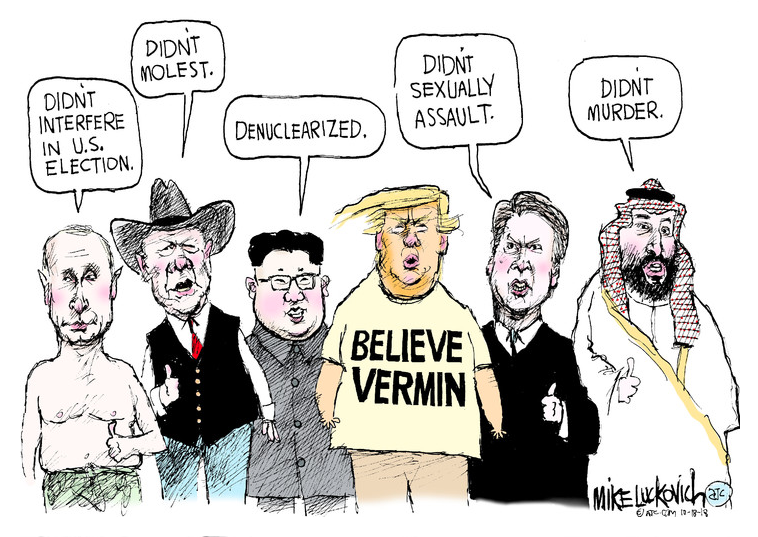 Mod: You don't think he is really going to do anything about the Saudis, do you? Last night was just another quite obvious indication that Trump is just stalling.

Trump just celebrated the beating of a political reporter in unhinged Montana rally (Washington Press link): In the same week that he refused to condemn the Kingdom of Saudi Arabia for brutally torturing and dismembering a journalist while he was still alive before murdering him and smuggling his body away in small pieces, President Donald Trump openly celebrated the assault of an American journalist. After the President of the United States spent a great deal of time utterly confusing and bewildering his Missoula, Montana rally audience by going on incoherent tangents about anything and everything under the sun (“I love these hangars. I love hangers. There’s nothing like a hangar!”), and openly promoted disgustingly racist and anti-Semitic conspiracy theories, his attention turned to the state’s one House Representative, Republican Greg Gianforte.

Gianforte was the subject of a huge scandal last year after he body-slammed Guardian reporter Ben Jacobs just days before the election, breaking his glasses and sending him to the floor after Jacobs asked him some questions he didn’t like.

Trump, who has hinted at how much this titillated him before in past, crossed the line and openly celebrated the assault of a reporter. Later on, he came back to the assault again, using the opportunity to brag about how he could take former Vice-President Joe Biden in a fight, who famously once said he’d like to take Trump “behind the gym and beat the hell out of him” for his comments about women.

This marks a disturbing escalation of his violent rhetoric against reporters, and for it to come on the same day that he acknowledged that his buddy Mohammed bin Salman likely murdered a dissident journalist but refused to condemn him for the heinous murder simply reinforces the message to every tin-pot dictator and aspiring fascist around the world: violence against the free press is not only acceptable but a thing to be celebrated and joked about. 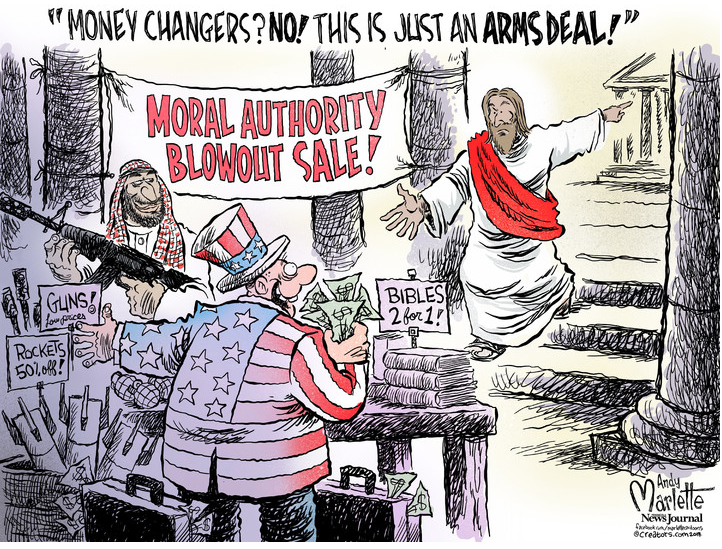 sierramadretattler.blogspot.com
Posted by The Moderator at 5:15 AM