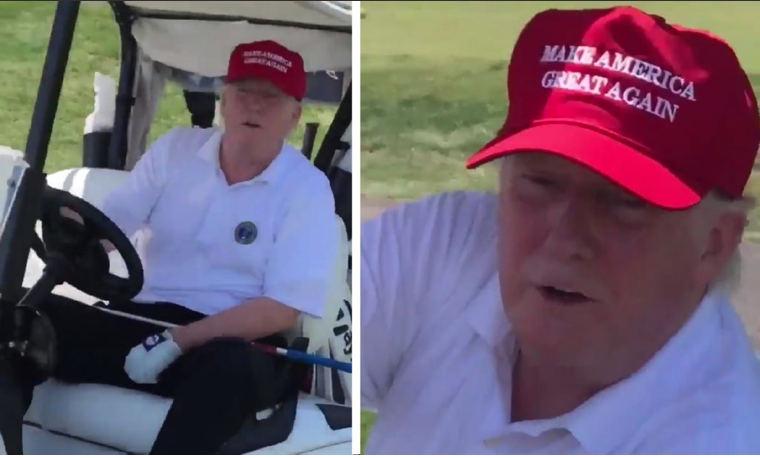 Mod: I guess it all depends on what your definition of 'busy' is.

Trump Says He Hasn’t Visited Troops In Afghanistan, Iraq Because He’s ‘Been Very Busy’ (Guardians of Democracy link): President Donald Trump told The Associated Press in an interview published on Tuesday that he hasn’t made his way overseas to visit troops because he’s “very busy.”

Trump told the AP that he’ll eventually go overseas to military bases in places like Iraq and Afghanistan “at some point” in his presidency, but he doesn’t “think it’s overly necessary.”

“Well, I will do that at some point, but I don’t think it’s overly necessary,” Trump said. “I’ve been very busy with everything that’s taking place here. We have the greatest economy in the history of our country. I mean, this is the greatest economy we’ve ever had, best unemployment numbers. Many groups are, you know, we’ve never even been close to these numbers. I’m doing a lot of things. I’m doing a lot of things. But it’s something I’d do. And do gladly.”

Former President Barack Obama traveled to Iraq just months after he was inaugurated, according to the Huffpost.

According to NBCNews.com and the NBC News White House unit, Trump has spent 159 days out of his 636 days in office at a Trump golf resort. He has spent 210 days at Trump property during his presidency.