‘The bottom is going to fall out’: Republicans are privately discussing abandoning Trump 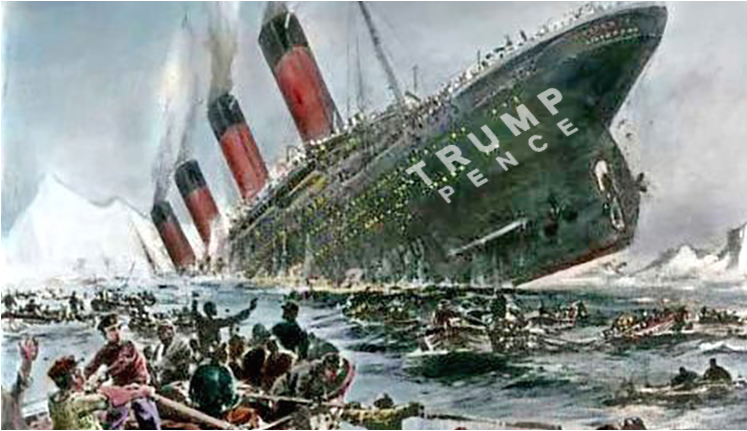 Mod: In the end it will be a fear for their own hide that will cause Republicans to pull the plug on Trump. It might be the only way for them to save the GOP.

“And you’ve seen the president attacking Michael Cohen and basically asking the public to dismiss what he’s saying by saying, ‘Look, this guy is just trying to get a better deal for himself, don’t believe him.’

But as Chris Christie pointed out, the Mueller investigation, Southern District of New York, they probably have a lot more evidence than just the word of Michael Cohen and that has to worry the president,” Stokols explained. “Yes, he and Rudy Giuliani on some level believe they can continue to attack the investigators, to try and convince the public that there’s something nefarious and something politically motivated about this,” he noted. “But when all the facts are laid out and people can see the investigators’ work, I think it’s going to be very problematic for this president.”

“And there is some understanding, I think, inside the White House of just how dark it may be getting, especially in terms of conversations — private conversations — that people there are having with Republicans on the Hill who are starting to be concerned,” Stokols reported.

“Republican lawmakers who are — have a huge role to play in this if it goes forward — are starting to tell me privately, some of them, that, you know, if there’s obvious evidence, the bottom is going to fall out,” he explained.

“They’re not going to be able to stand by this White House and that’s a looming problem for the president,” he concluded.

Republican Fears Grow That Trump Is Leading Them To Doom In 2020 (PoliticusUSA link): Republicans are growing more fearful that Trump is not ready for what’s coming, and is leading his party into a 2020 disaster.

NBC News’s Geoff Bennett reported, “I can tell you there’s a growing fear. Certainly growing anxiety among Trump allies and Republicans that the White House is in no way prepared for the legal and political danger and drama that awaits and that the fall out could damage the party’s prospects in 2020. Why is that? You’ve got Democrats seizing control of Congress in three weeks time with subpoena power. There’s turmoil in the global financial market from the Trump trade war. You have the Russia investigation picking up speed, and you’ve got those new court filings out Friday implicating President Trump in a felony.”

There is a recession coming. The Russia investigations are getting stronger, not slowing down. In weeks, Democrats will control the House and be able to do whatever they want. Meanwhile, the White House is a neverending ball of chaos that continues to spin in circles while accomplishing nothing.

Republican governors have already been trying to warn their party that unless they get off of the Trump course, a disaster is coming in 2020. What the governors mean by disaster is that Republicans will lose the Senate, the White House, and state legislatures, and governors. The people in the Republican Party who are willing to see the reality of what’s coming are exponentially outnumbered by Trump Kool-Aid drinkers, and those who fear the president.

If Republicans thought that 2018 was a bad year for them, it might be the tip of the iceberg compared to what is coming their way in 2020. Democrats got a taste of victory in 2018, and now they want it all in 2020, and the Republican Party under Trump might be too unpopular to stop them.