Mod: It looks like the American people are calling BS on the fake Bob Barr/Trump Collusion cover-up. Proving that in the US folks are smarter than these two lying losers.

Mueller conducted a "fair" investigation, 55 percent of voters say, as 26 percent say it was not fair, the independent Quinnipiac (KWIN-uh-pe-ack) University National Poll finds. The survey was conducted March 21 through March 25.

But voters are divided on another question, as 49 percent say the investigation was "legitimate" and 43 percent say it was a "witch hunt." 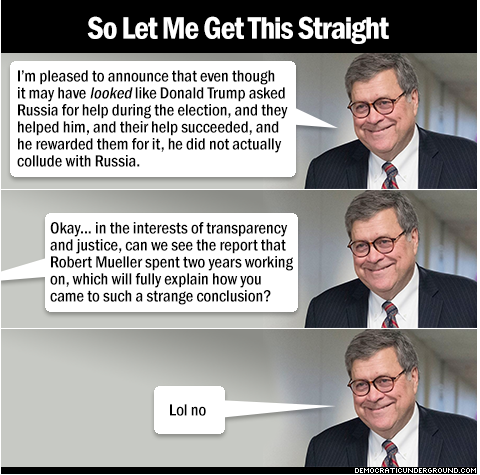