Mod: Personally I think Donald should be hauled out the White House and thrown in a Washington DC holding pen with the rest of the common criminals, but that is just my opinion. And you know what those are usually worth. Unfortunately the world is a far more politically complex place.

Pelosi Urges Caution on Impeachment as Some Democrats Begin to Push (The New York Times link): Speaker Nancy Pelosi, confronting a Democratic divide over the findings of the special counsel, urged her caucus on Monday to hold off impeaching President Trump for now, even as she denounced the “highly unethical and unscrupulous behavior” that she said had dishonored his office. 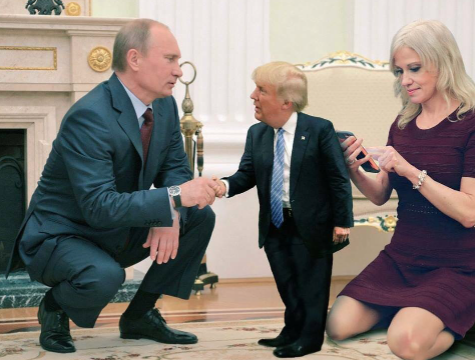 Her comments, outlined in a letter to House Democrats on Monday and a subsequent conference call with them, seemed designed to increase support for the investigations already begun, rather than impeachment. But the conference call exposed the persistent divisions that Ms. Pelosi is trying to bridge, as several Democrats questioned the cost of not beginning the impeachment of Donald J. Trump.

The release last week of the report by the special counsel, Robert S. Mueller III, threw to Congress the fate of his investigation into Russian interference in the 2016 election and Mr. Trump’s efforts to interfere with it. Some House Democrats are convinced that impeachment proceedings would be doomed to fall short of removal from office and therefore would only help the president politically. Others argue that failing to impeach would effectively signal to this president and his successors that serious misdeeds will be tolerated by a legislative branch fearful of political consequence.

Ms. Pelosi tried to convince her colleagues that they have tools to hold Mr. Trump to account without impeaching him. Underscoring Ms. Pelosi’s approach, the Democrat-led Judiciary Committee announced as the call began that it had subpoenaed Donald F. McGahn II, the former White House counsel and one of the central figures of Mr. Mueller’s report, to appear at a public hearing in late May. The hearing, the committee’s chairman told colleagues, would be the first in a series of public sessions showcasing possible obstruction of justice, abuses of power and corruption in the Trump administration.

Representatives Suzanne Bonamici of Oregon and Steve Cohen of Tennessee raised another possibility: voting to censure the president, the people on the call said.

“We have to save our democracy. This isn’t about Democrats or Republicans. It’s about saving our democracy,” Ms. Pelosi told the 172 members who participated in the 87-minute conference call, keeping the possibility of impeachment alive. “If it is what we need to do to honor our responsibility to the Constitution — if that’s the place the facts take us, that’s the place we have to go.”