Mod: Would you be surprised if it was proven that Trump is on drugs?

Trump’s Pupils Are Often Very Dilated and a Doctor Explains What This Could Mean (Political Flare link): Donald Trump is one weird dude, we know this. One thing you may not have noticed though, is that Trump often has abnormally large pupils. And according to ophthalmologist Dr. Jack Brown, this is incredibly worrisome. Or as Dr. Brown says, it’s “glaring. Sirens Blaring. Red flashing lights.”

Brown uses this photo of Trump to illustrate his concerns: 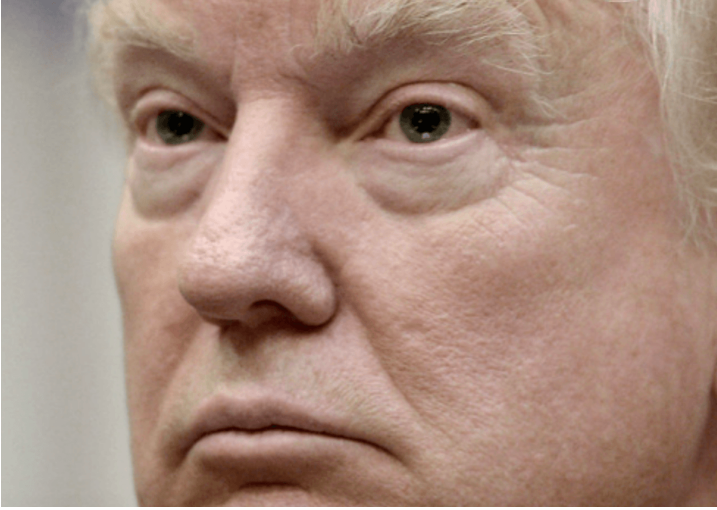 According to Brown, in that image Trump’s pupils are approximately 8.0 mm. The dark-adapted eyes of a healthy 12-year-old may have 8.0 mm pupils — but in an unmedicated 70-year-old with healthy eyes, in a well-lit room — the statistical odds of such large pupil size approaches zero.

Why is this significant? Dilated pupils, to this degree, would not occur in a 70-year-old, in a well-lit room unless there is either disease, injury or a pharmacologic cause present. Trump’s pupils are frequently but intermittently this large (sometimes they are indeed within normal size limits).

Trump’s enlarged pupils are much less likely a sign of a significant undiagnosed or undisclosed medical condition — and much more likely, a side effect of a drug/medication (one of a relatively small group of drugs). Brown states that Trump’s large pupils are most likely due to a medication. Some of those medications include:

Brown sums it up by stating:

"President Donald Trump’s pupils are intermittently and significantly dilated — from a medical standpoint, this is NOT normal. The ambient light conditions cannot account for such changes. At other times they are within normal limits. This intermittent pattern is NOT due to trauma, complications from surgery, or disease. I have not examined Donald Trump and I have no firsthand knowledge of him — however, the myriad of photographic evidence available online seems to point strongly to the remaining possible etiology — Donald Trump’s Intermittently Dilated Pupils are due to the side effects of drugs/medications."

sierramadretattler.blogspot.com
Posted by The Moderator at 6:15 AM