Right Wing Pastor: Dems Hate Trump Because He’s So Masculine While Obama Was ‘Light In The Loafers'

Mod: I guess the good Pastor likes his manly men on the tubby side.

Pro-Trump Pastor: Dems Hate Trump Because He’s So Masculine While Obama Was ‘Light In The Loafers' (Political Flare link): Are you ready for true pro-Trump conservative delusion? According to Right Wing Watch, right-wing pastor E.W. Jackson, who was the Republican Party nominee for lieutenant governor of Virginia in 2013 and unsuccessfully ran for a seat in the U.S. Senate in 2018, said that the left hates President Donald Trump because they hate masculinity and the president is “just too much of a man for them.” 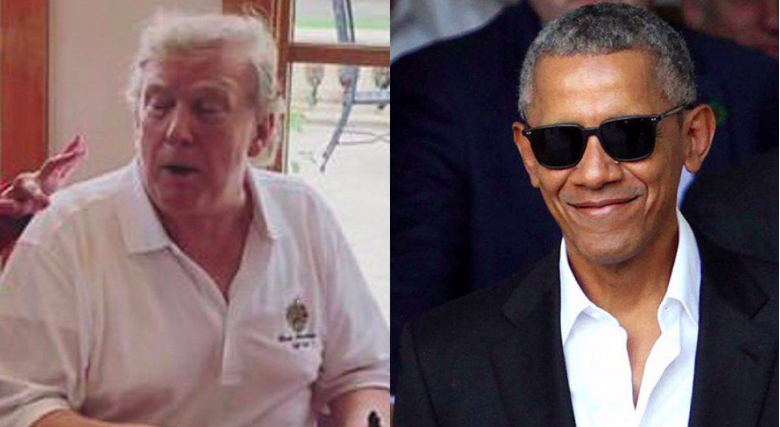 I’ll wait while you compose yourself and stop laughing.

“I’m convinced that a lot of this criticism of the president also has to do with his masculinity,” Jackson said. “He’s a man, and you know the left doesn’t like manhood.”

“I think the president, frankly, is just too much of a man for them,” he continued.  “They just don’t like manhood, and I think that’s part of the problem too—the radical feminists, the homosexuals, the trangsenders, whatever bizarre idea they have of who we’re supposed to be, they’re not putting up with men who stand tall, who stand up straight and say, ‘Look, this is who I am, this is what I believe, you can like it, or you can lump it, but there it is.’”

New DOJ scandal emerges as anti-gay ‘Hookers for Jesus’ group gets awarded a major grant (Raw Story link): According to an exclusive report from Reuters, internal complaints are emerging from the US Justice Department’s anti-human trafficking grant program. The complaints stem from two nonprofits that were denied funds which instead went to two less established groups “whose applications were not recommended by career DOJ officials.”

“The awarding of more than $1 million total to the two groups, Hookers for Jesus in Nevada and the Lincoln Tubman Foundation in South Carolina, has triggered a whistleblower complaint filed by the Justice Department’s employee union to the department’s Inspector General,” Reuters reports.

Hookers for Jesus is run by born-again Christian Annie Lobert who is also a trafficking survivor. The organization runs a safe house which bars occupants from reading “secular magazines” that portray worldly views/advice on living, sex, clothing, makeup tips.” When asked if her organization is all-inclusive, Lobert replied that they are “not going to discriminate toward anyone.”