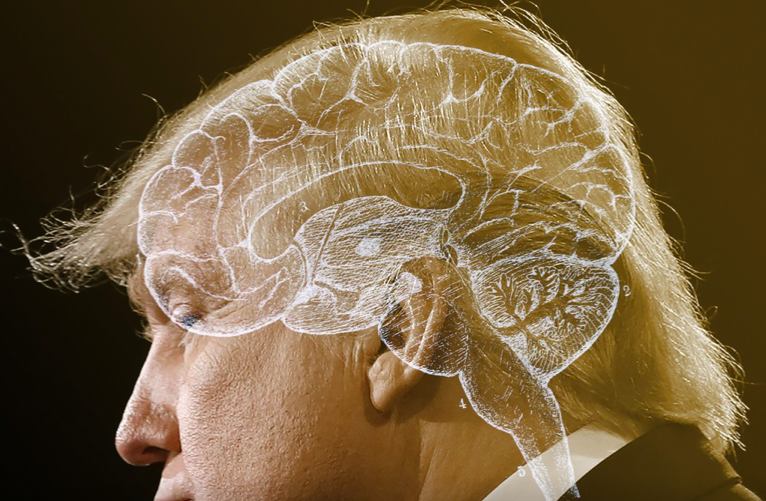 Mod: Donald says he never heard anyone tell him the Russians are paying the Taliban bounties to kill American soldiers. He also claimed he never heard "White Power!" screamed on a video tweet of his read by millions. Is he lying? Sure. It is an explanation that millions of Americans might accept. But could it also be dementia? Well, read on.

Does Donald Trump have frontotemporal dementia? President's 2019 impromptu hospital visit sparks speculations (MEAWW.com link): Social media is abuzz with theories about President Donald Trump's supposedly failing health. On the eve of his 74th birthday, users have been tweeting about Trump possibly suffering from a very serious disease of the brain that has impaired his speech and sensory-motor skills. The hashtag #TrumpIsNotWell has been trending with Twitter users posting video evidence, like the time he couldn't drink water out of a glass with one hand, backed by medical hypotheses.

The hashtag began trending as the Twitterati speculated over the President's visit to the Walter Reed Hospital, back in November 2019, fuelled by tweets from actor, Ken Olin. "Why were we never told the reason President went to Walter Reed Hospital a few weeks ago? Perhaps, #TrumpIsNotWell!" he tweeted.

The trip to the hospital had been for an unscheduled doctor's visit, reported The Washington Post, piquing the curiosity over Trump's health status on social media. However, a memo released by the White House squashed any 'speculations' about a treatment for a medical emergency. Details about the impromptu check-up remained shrouded in mystery as Trump avoided the public for two days, while the White House conveniently dodged any questions about the President's health.

Now, eight months following his sudden and secret visit to the doctors, rumors about his health, particularly pertaining to brain diseases and other psychological issues, have surfaced. A prominent theory that has also been meticulously broken down and backed by medical corroboration is that Trump suffers from either frontal lobe dementia or apraxia (a speech disorder).

"Trump has frontotemporal dementia. You literally can’t make this up......Like the definition and him are best EXACT," a user wrote in a tweet. An attachment about the 'PSP form of Frontotemporal Dementia' has also gone viral, in which the symptoms of the disease have been compiled by an unidentified neurologist in a rather detailed and compelling collage.

Mod: A lot more at the link.

sierramadretattler.blogspot.com
Posted by The Moderator at 2:00 PM