A Great Night For The People Of Sierra Madre

"When morality comes up against profit, it is seldom that profit loses." - Shirley Chisholm 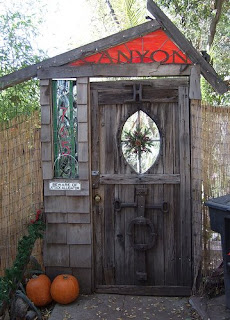 So what could possibly be wrong here? After years of being promised an empowered Canyon Zoning Committee by less forthcoming earlier incarnations of the Sierra Madre City Council, and after years of hearing how The Canyon might actually even get a Zoning Law (something that also never quite seemed to happen), all of these things actually came to a happy conclusion Tuesday evening. And the people picked to run it? Residents with over 30 years here in town, people who combine unique professional qualifications and a strong dedication to the place they've called home for much of their adult lives. Democracy in action, right? People calling the shots on the affairs of their own neighborhood despite the wishes of those whose outside agendas might not be in line with what the people living there want.

Isn't this pretty much the American civic dream we all learned about in Social Studies class? Citizens taking real responsibility for their community affairs and circumstances? Who could possibly have a problem with that?

Well, apparently John Buchanan and Joe Mosca for two. You see, it would appear that the strongly preservationist bent of the 5 people chosen by the City Council majority to run the Canyon Zoning Committee didn't make them feel exactly comfortable. And if your loyalties are with the folks who would want to build generic lot to lot McMansions in this unique and beautiful place rather than adhering to the wishes of those actually living there, you'd probably have thought you were having a pretty bad night as well. And it definitely was an unfortunate evening for privileged remote control governance and those who seek economic advantage through the imposing of bad faith on good people.

And it was great TV as well. I mean, what could possibly be more entertaining than watching those two squirm? The attempt to portray oneself as caring deeply about something while engaging in actions that are 180 degrees to the south of your performance is never easy, and I am happy to report that John and Joe both failed miserably in that difficult role.

One more item from Tuesday evening. Once again a comedic interlude was provided by the Mountain Views "Observer." Although this time it didn't involve the paper's publisher running around the room loudly threatening to sue any City Council member daring to say things she'd prefer nobody ever hear. No, this week it was about legal advertising that the City paid to see in the MVO, but for some reason didn't make it to print within the promised time. Because of this lapse a discussion on the important matter of solar panels had to be shelved for another meeting.

Dorothy put it best. There is no place like home.
Posted by The Moderator at 5:00 AM