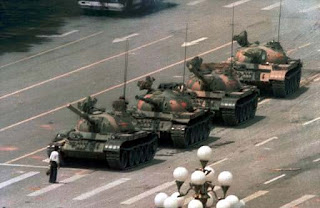 That was the chilling title of an article up yesterday on LA Observed. Here is the gist of that piece:
"Journalist Joe Mathews has become the latest advocate of a narrow SoCal position to argue that taking his side is somehow a test of whether President Barack Obama truly means to 'get beyond old disputes and divides' and to 'rebuild the country's infrastructure.' What's the grand litmus test this time? The missing link on the 710 freeway through South Pasadena."
Interesting. A small southern California city successfully stands up to forces far larger and more powerful than itself, and in the process preserves a way of life that is the envy of many. Sound familiar? But, of course, neither South Pasadena or Sierra Madre has yet to be tested by the might of the Federal Government. And it looks like there are some who are now just aching to bring in the most powerful government on the face of the earth to deal with the likes of, well, us.
On Fox & Hounds, a site you really need to check as often as you can, Pasadena resident Joe Mathews fleshes out his statist dream:
For half a century, the 710 has been unfinished. It was supposed to go all the way from the Port of Long Beach up to Pasadena, where it would connect to the 210 Freeway, allowing drivers and truckers to skirt downtown LA on their way northwest ... But the highway stops 6 miles short of the 210 in Pasadena, dumping drivers onto the surface streets of Alhambra. Why? The power of one very well organized special interest: the residents and city fathers of South Pasadena.
Fascinating viewpoint. A community defends its city and way of life, and for this they need to be not only roundly condemned, but also forced to have an 8 lane freeway rammed right through the center of their town. No less a punishment would suffice. So much for the rights of individuals and a system of laws that defends the weak from the tyranny of powerful central governments run amuck. Obviously when Mr. Mathews comes around, you'll need to hide the kittens and little puppies. Joe continues:
Coverage of the dispute focuses on the decision-making of state transportation officials, and the role of local bond money in paying for it. But this is fundamentally a federal issue, and Obama has a role to play in forcing the project forward.
Let's put this into perspective. Sacramento and its various entities have been trying to get the 710 finished for 50 years, and have met with nothing but defeat at that hands of those annoying South Pasadena people. After decades of failure, the folks who believe that no mere mortals should dare to stand in the way of such mighty things as superhighways are chafing from a rash of epic proportions. And now, in their madness, they believe they have a president who will bring to bear all his mighty power and help them realize their dreams.
Fortunately, Barack Obama is not an idiot. Or at least I don't think he is. And a politician who won the presidency by promising to defend the rights and interests of the struggling middle class would not seem likely to saddle up the troops and descend on South Pasadena so that billions can be spent to finish yet one more godforsaken L.A. freeway. (Or, as one commenter to Joe's screed nicely put it, "I would hope that the new administration puts OUR money where it will generate the highest return, and not on some project that makes it easier for the Joe Mathews of this world to get to Chinatown for dim sum faster.")
But that said, there is something that needs to be mentioned. And as a lifelong legacy Democrat this is not a lesson that came easily to me. Mainline organization Democrats in our little corner of the world are for the most part a badly compromised bunch who sold out their natural constituency in order to better support some pretty rotten people. And it is safe to say that the Los Angeles County Democratic Party is hand in glove with organizations that would love to "redevelop" the quaint little towns (i.e. tear them down so they can build ugly crap and make lots of money) that grace this part of our world. The thought that the Federal Government might step in to help them realize their dreams has got to be pure ecstasy for these guys. And there can be no doubt that breaking South Pasadena would be a huge step forward in their efforts to redevelop the San Gabriel Valley.
And who knows, maybe this kind of corruption does extend all the way to the top of the Democratic Party. I personally doubt it. I mean, would the likes of Barack Obama really want to associate himself with local L.A. County transportation and real estate hustlers plus those who so willingly handle their dirty laundry? He would have to be an awfully small individual to see any value in that kind of action.
But I guess we're going to find out.
Posted by The Moderator at 5:00 AM