How The Police Officers' Association Beat City Hall, And Why We Are Broke Today 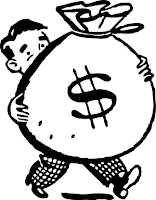