The Laughable "Journalism" Of Dean Lee 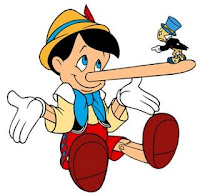 Dean Lee has become something of a sad case these days. At the peak of his newsie career he was an unremarkable reporter for some of the San Gabriel Valley weeklies, filing stories on flower shows, pie tastings, and floppy hat photo ops. But his fortunes have apparently fallen so low that he has now been forced to write for the Mountain Views "Observer." Which in this case means cobbling together hackwork designed to support the complicated business and political agendas of that publication's publisher and obituary writer, Susan Henderson.
Case in point. It has become obvious that Ms. Henderson is of the belief that the Skilled Nursing Facility is a roaring controversy in town, and that she is building some tremendous political capital for her candidates in 2010 by publishing highly deceptive articles about the boarded up medical facility. Even to the point of printing fabrications so obviously untrue that they have become something of a town joke.
And to give you an idea of just how irony challenged the "Observer's" publisher is, did you notice the picture of the SNF on the cover of the January 31 issue of her paper? The term "boarded up eyesore" was used to describe it. Yet elsewhere in the very same issue there is a photo collage of 11 buildings in the Pasadena area whose tenants have apparently gone belly up. Including a picture of a United States Post Office, which at last report is expected to survive the recession. So why is it that such a thing is a tragedy in Pasadena, but an "eyesore" in Sierra Madre? That's easy. Susan doesn't see herself "advising" any political candidates in Pasadena. Apparently they have real campaign managers there.
Dean Lee has now filed 2 stories on the Skilled Nursing Facility in 2 weeks. And the inconsistencies are both bizarre and humorous. In his January 31st piece, Dean darkly bemoans the lack of discussion on this topic at the January 27 City Council meeting, claiming that our elected officials, while promising to discuss the matter at that confab, failed to deliver. At least in Dean's opinion. And then, just so you the reader understands just how deep the conspiracy at work here really is, Mr. Lee goes on to make this observation:
"... the city council failed at the end of their meeting to mention a special meeting scheduled for February 3, 2008 (sic) to discuss economic stimulus projects ... The meeting that will begin at 6:00 p.m. in the council chambers has only one agenda item that reads 'Recommendation that the city council authorize Staff's submittal of federal economic projects, and authorize the city's federal lobbyist to advocate for said projects.'"
Obviously it would be possible for attempts to claim federal dough for Skilled Nursing Facility matters to be on the agenda for the 2/3 meeting. And since the matter did come up, there you are. So when Dean intimated in his January 31st article that the City Council had further conspired not to discuss the matter, he was either fibbing or the point just flew over his head.
In the February 7 issue of the "Observer," Dean Lee dishonored the memory of some perfectly innocent trees by submitting an article about the 2/3 meeting entitled "Will Washington Bail Out Sierra Madre?" Now, of course, Sierra Madre is not on the verge of bankruptcy, and therefore the "bailout" Dean deceptively writes of here is hardly necessary. Fiscally challenged? Sure, most cities are. But no bailout has been requested. However, many possible uses for federal money were discussed, and just as long as Washington is conducting a colossal cash giveaway, why shouldn't we take advantage and get our mitts on some?
Then Dean Lee just brings it all home with this rather revealing paragraph:
"Toward the end of the 1.5 hour single topic meeting, the council got slightly off topic, discussing the idea of swapping the Skilled Nursing Center (sic) property across the street from City Hall with current library property at the west end of Sierra Madre Boulevard."
Putting aside the novel notion that Sierra Madre Boulevard ends at Michellinda Avenue, obviously Dean is doing some backtracking here. Having implied the previous week that the February 3rd meeting was about a "single topic," and therefore the Skilled Nursing Facility would not be discussed, any mention of it would have to be "slightly off topic," correct?
Now Dean might argue that this "land swap" discussion was off topic for this special meeting because it had nothing to do with federal funding. But then how would you explain the paragraph in this very same article quoting the Mayor on the topic of, you guessed it, federal funding and the Skilled Nursing Facility?
"'Even with federal funding I imagine what is required is we, the city, agree to dramatically relax its limitations on height and density.' He further explained this would lead to a tall and dense condominium complex."
The next time the "Observer" brings the Cub Scouts in for a chat at the paper's offices, perhaps the topic of journalism should be brought up. I'm sure the Scouts will have some highly valuable insights to share with the publisher and her befuddled reporter.
Posted by The Moderator at 10:00 AM