Did Sierra Madre Weekly Photographer & Reporter Terry Miller Out Himself As Being A Cumquat Contributor Last Night? 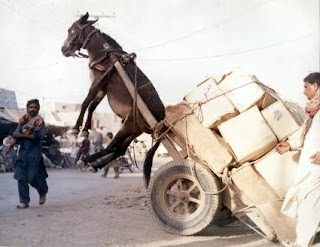 Writing the old Tattler night after night might seem like an arduous task, but it really isn't. Because most of the stories I write about just kind of show up here at Tattler World Headquarters. It's almost like a miracle sometimes. I swear somebody up there must really like Sir Eric Maundry, because he just keeps sending me such choice material to write about.
Tonight is one of those occasions. Let me set this one up a little before I deliver the punch line.
A while back Terry Miller wrote what I thought was a particularly disingenuous piece for the Sierra Madre Weekly. The article dealt with the recent selection of our Mayor here in Sierra Madre, and in it Terry took what I thought was a rather ugly swipe at an individual I both admire and respect. And in the last week or so Terry took yet another run at this same person in the form of a "caption" contest, and in the same paper. It was both humorless and highly reactionary, and several of the people I showed it to were shocked that its author was Mr. Miller. They thought they knew this guy.
So anyway, I wrote an article about Terry's misrepresentation of our Mayoral selection process called "The Downtown Investor's Club Flips Out." You can read it by clicking here. Now apparently this did not go over very well at The SM Weekly because they have since stopped reprinting anything from The Tattler. Don't even return my phone calls, actually. Which is fine. I've been thrown out of far better publications than that over the years.
Now last evening an irked Mr. Miller left a post on my June 11 article, "Joe & John Roll Out Some New Product." You might recall a photo I used there of a rather chipper Joe Mosca holding a phone and looking upwards in what was obviously a light moment of whimsy. And the use of that photo is apparently the source of Terry's umbrage because this is what he posted:
"You have violated copyright law. Why do you feel you can steal images and post them. The courteous thing to do is request permission to use. That image of Mosca is NOT yours to use!"
The photo has since been removed from this site.
Now, of course, I had no idea that this was a Terry Miller snapshot. I would never have dreamed of misappropriating an image created by such an esteemed master of the photographic arts. But you see, I collect clip art. I have vast files of the stuff. And the place that I originally found that photo was a website that never once identified its contributing writers or photographers. A place that was very secretive about the names of those providing content. For good reason, I suspect. And I think you've heard of it.
And do you want to know the name of the website that I downloaded Terry's picture of Joe Mosca from? The answer is in the next line.
The Sierra Madre Cumquat.
Now does this mean that Terry Miller contributed copyrighted material to one of the most controversial and frankly obscene websites ever produced in this little corner of the world? Evidence would now certainly seem to point in that direction. Of course, this photo could have been misappropriated there as well. But wouldn't Mr. Miller have requested that it have been pulled down long ago? I would certainly hope so. But every time somebody resurrects the Cumquat on the internet that photo is still there! It's been there for years. And actually it was used twice now that I think about it. The second time somebody superimposed an afro wig on Joe's head. Talk about the desecration of art!
And who knows, maybe this wasn't Terry's only contribution to that site. There certainly was a lot of photography there.
You know, there was something I noticed at that fateful City Council meeting that really stuck with me. Just before it began both John Buchanan and Joe Mosca walked up to Terry and embraced him like a long lost brother. Maybe it was a reunion?
Certainly questions do need to be asked here.

But like I said, the articles you see here on The Tattler just somehow arrive by magic. All I have to do is sit down in front of my computer, turn it on, and there they are. Hesto presto!
Posted by The Moderator at 6:00 AM