The Debut of Mr. Maundry 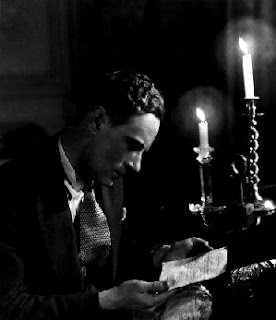 A Tattler Celebration - Hip Hip Hooray
This is the 207th post of the Sierra Madre Tattler, and as such it seems fitting to mark the occasion with a retrospective. What follows are excerpts from the very first appearance of Mr. Maundry, fighting the good fight, on the "Speakout!! Forum" of the Downtown Dirt website, March 10, 11 and 12, 2007:
..........
I understand that there is a lot of passion over Measure V. And I get it that those opposed to the initiative have a tough hill to climb given the overwhelming rejection of pro-development candidates in the previous council election. And it is heartening to see people so intimately involved in the politics and governance of their town.
But I do have to say, I am becoming increasingly turned off by a lot of the name calling and smear I see coming from the anti-Measure V right. Can it be that recent election setbacks have so set you people back and hardened your hearts that you feel the need to resort to the tactics of Ann Coulter and Rush Limbaugh?
What's next, if you support Measure V you hate Sierra Madre?
Please, for the sake of some sort of comity in this town: stop the name calling. Because if all you people have is attack politics and smear, then you really have nothing at all.
..........
My vision for this town does not involve endless downtown construction, an army of guys with arrow signs touting the wonders of entire blocks of new overpriced condos (can you imagine what they'll be called? Sierra Madre Mountain View Villas? Happy Hills Homes? Wisteria Wonderful Wikiups? Gag!), Quiznos, Smart N' Final, and all the other dreary things that would slither into our lovely little town under the rubric of "trusting our city fathers."
In other words, I like things just as they are, thank you.
..........
That is at the very heart of the deception here. Allow developers to build the kind of generic LA County shopping and condo glut that we see in so many other towns and then we will see interest from all the usual suspects. And who will stop them from coming in?
After all, those new store fronts will have to be filled, right? Heavily invested landlords abhorring a vacuum and all.
Question for you: Who are the folks currently owning property in the "development zone?" Who are the folks currently in some kind of business partnerships with them? And how many of them financially contribute to this site and the "No on V" campaign?
..........
This next one is my personal favorite.
Wow, hasn't anyone told you they are already here. A developer now owns the Howie's site and another owns the skilled nursing facility. They will be developed. The issue is controlling the developers enough so they create a project that the people of Sierra Madre want. But stopping them from building even a reasonable project and forcing them to sell to someone who will build a quick profitable Quiznos or Smart n' Final. Your bumper sticker should say THINK BEFORE YOU SPEAK.
Pete? You are aware of the rather gross contradiction in this statement, right? Saying that the developers are here and going to do whatever it is they want to do, and then saying that they should be able to do just that or they will sell out and other developers will do whatever they want to do, is a little bit too much for one poor suffering paragraph.
..........
...let me leave you all with a happy song, Certainly it is my hope that this will comfort the bruised feelings of those who were so cruelly tossed and gored by Mr. Maundry this fine Monday evening.
http://www.youtube.com/watch?v=azEOeTX1LqM&feature=related
Posted by The Moderator at 6:37 AM