Mommy? Why Did That Man Say They're Taking Away My Library? 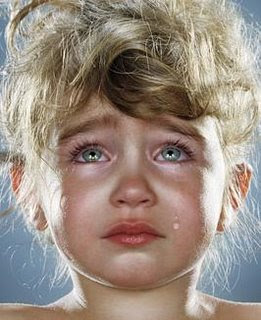 I was looking through various websites at some of the pictures from our 4th of July parade, and came across a couple of shots depicting some young children standing in front of our city library waving their cards while their parents held signs begging the place be saved. I stared at these images for a couple of minutes, and just couldn't help wondering why someone would lie to their kids like that. It was all just so cheap a political stunt.
At our last City Council meeting some obviously perplexed residents stepped up to the podium to ask questions about this odd situation. I believe it was Fay Angus, a renowned writer and long time champion of our library, who expressed it best. "Why would anyone claim that our library is in danger of being taken away when it so obviously isn't?" Nobody really had an answer. Then the same question was directed at John Buchanan, an individual many suspect played a role in this canard. John, knowing a lost cause when he saw one, did the lawyerly thing and dummied up. It was then that Mayor MacGillivray spoke the words that were obvious to all. "This is a non-issue."
You might recall a few days back we discussed the East Montecito Specific Plan. And one of the points made was that if you want to tear down a neighborhood and replace it, you're going to have to work real hard to convince people that the place deserves destruction. And a way you might attempt to do this is launch a public relations campaign running the place down. And in the case of East Montecito, the language used to attempt the deed went like this:
"This customary type of single-use planning has yielded sprawl-type development, characterized by homogenous and monotonous buildings that ignore the street and have large curb-cuts, little interconnectivity with surrounding neighborhoods or urban fabric, and the kind of segregation of uses that would otherwise fit well together. This kind of undistinguished development is easily recognizable all over Southern California and, to some degree, in certain areas of Sierra Madre."
A rather cold and technocratic way of describing what is basically a pleasant tree-lined residential street, right? Of course, some of the jargon is funny. "Curb-cuts" being planner jabber for a driveway that leads to the front yard. And then there is: "... little interconnectivity with surrounding neighborhoods or urban fabric." I think that is what most of us would refer to as a community that offers privacy.
Now a few years back there was a move afoot to tear down our existing library and replace it with something far larger. It would have been very expensive, and it probably would have resulted in the razing of an existing structure or two to free up the necessary space. And there were some other problems as well. The biggest being that not a lot of people in Sierra Madre really saw any point in going to all that trouble.
A poll was conducted to see just how much support there would be for a new library facility. And the results were not very positive for those hoping to tear down our library and build a new one. You see, some people actually liked things the way they were.
- Asked if the were generally satisfied with the City's library services, 78% said yes, and 7% said no.
- When respondents were asked if they would support an assessment of $75 per household per year for 30 years (for a new library), 48% said they would support the assessment, 38% said they would not, and 14% did not know ... Clearly there is work to be done. In order to be successful, a local library bond must receive at least 66 2/3s% of the total votes cast.
So what did the advocates of a new library set out to do in order to freshen those polling numbers a bit? They used pretty much the same method as those who desired to plow under East Montecito, and started bad mouth the library. Here is some of the language they used in their attempt to accomplish that end:
- Rodent infestation.
- Nonexistent building sprinkler system/fire suppression system
- Access to restrooms is too steep
- Hallways to restrooms are too narrow
- Parking area and walkway entrances are too steep
- Solid walls are inadequate to withstand an earthquake
- Inefficient indoor lighting
- Noise levels are too high
- Acoustics are very poor, no buffers between any rooms so noise travels uninterrupted
- Restrooms: limited number
- No dedicated Young Adult area
- Trip & Fall exposure great due to crowding
- Earthquake could be severe (large retention falls upon City; EQ insurance not purchased)
- Fire, no fire suppression system could result in great loss to collection (a large city asset)
Sounds like you'd be taking your life into your hands just walking into a building like that, you know? If the earthquakes don't get you, the rats surely will. But did it occur to them that you don't put sprinklers in a library because of the unfortunate effect it could have on the books?
You know what the irony here is, right? The gentlefolk who organized the "Save the Library" demonstration a few weeks ago are pretty much the same people responsible for advocating its destruction back then.
Funny how things go around.
Posted by The Moderator at 6:00 AM