The Head of SCAG is a Former Soviet Planner? 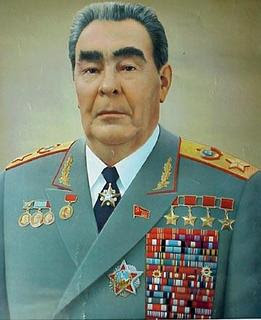 Suddenly it all makes sense. All this time I've been resisting the urge to compare SCAG with the excesses of the grim planning regimes of the Soviet Union. Too easy I thought. Cliched, and what would it really reveal except the same two-dimensional nonsense that anyone could have read in the 1950s? Nope, you won't get any Cold War rhetoric from Eric Maundry!

But sometimes the truth is right there in front of you, and all you need to learn to do is recognize it. No matter how unbelievable it might seem.

This from a blog called Orange Punch, which is run by the Orange County Register:

From Steven Greenhut: No joke! SCAG's new leader was a Soviet planner
This is too good to be true. I have a habit of comparing myriad local and state planners to Soviet planners, given that their ideas seem so similar at times. Recently, I wrote a column about the planners at SCAG, the appropriately named Southern California Association of Governments. I say appropriately, because a dictionary definition of scag is heroin, and these folks are addicted to central planning and tax dollars.

Well, the new head of SCAG, replacing Mark Pisano, is Hasan Ikhrata. Check out this from his bio: "Hasan also worked abroad for the Government of USSR, Mosco Metro Corporation, where he conducted subway ridership forecasting, engineering design and analysis of TDM programs for the Moscow Subway system. Hasan holds a bachelor's degree from Moscow University in the former Soviet Union and master's degree in Civil Engineering from the University of California, Los Angeles (UCLA) and is a Ph.D. candidate in Urban Planning from the University of Southern California (USC) in Los Angeles."

At least now it will be easier to refer to the "Soviet Planner" in charge of Southern California's premiere planning agency!

You might remember Mr. Ikhrata as the rather imperious gentleman who showed up at our City Council meeting a couple weeks back to argue in favor of Sierra Madre remaining a member of SCAG. And in the process got his south end handed to him by the three Councilmembers there who actually represent the interests of the people who elected them.

So I guess this raises a few questions. Does this make Joe Mosca and John Buchanan apparatchiks? Bart Doyle a Commissar? The BIA and CAR the KGB? Did Ikhrata make the trains in Moscow run on time like Mussolini did in Rome? And what will this mean for the Metro Gold Line?

Not quite sure how to deal with all of this new information.

Steven Greenhut's excellent opinion piece on SCAG can be accessed here.
Posted by The Moderator at 7:00 AM