California's State Legislators Feel The Sting Of Our Disapproval 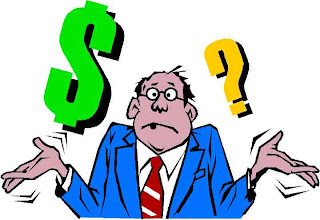 On the Sacramento Bee "Capitol Alert" website there is some distressing news for those toiling long and hard in our State Legislature. As most of us know by now, their efforts are not held in very high regard by the voters these days. But are you also aware that the reputations of our Legislators has fallen so low that many citizens in California now believe that their finances could be better handled by Britney Spears?
Here is how The Bee breaks it down:
Britney Spears: a budget guru the public can count on? Now here's one way to measure the public's faith in their elected officials. Californians would just as soon allow the meltdown-prone pop princess Britney Spears to run their family budget as they would leave their finances in the hands of their state legislators, according to a new poll ... Thirty-five percent of respondents said they would opt to have the Legislature manage their money, with 31 percent preferring to put Ms. Spears in charge. Thirty-four percent of those surveyed either didn't know or refused to answer the question.
Certainly puts a light perspective on an otherwise grim subject. So who was behind this novel survey?

The poll, conducted by Wilson Research, was commissioned by Philip Tirone, a Los Angeles-based mortgage broker. Tirone has launched a campaign dubbed "No to Sacramento" to try to get lawmakers to repeal the temporary 10 percent increase in personal income tax withholding that was approved as part of the July budget revision ...
Now perhaps you find this amusing, and then again maybe you don't. But have you ever taken a moment to stop and consider the emotional toll all this accumulating criticism might be taking on the spirits of our elected state officials?
Apparently Jon Coupal, writing for the Fox & Hounds website, has given the matter some thought. And the prognosis is one that I do not think will positively impact the State Legislature's esteem issues. Here is what he reported yesterday:
Sacramento lawmakers are unhappy with their jobs. Recent complaints by members of the legislature include: People don't appreciate them; solving problems is hard work; they don't have the power they think they deserve; their retirement is mandated by term limits; there is no lucrative pension; and their pay is being cut - although they will remain the highest paid lawmakers in all 50 states at nearly $100,000 annually along with a car and another $30,000 a year in tax free expense money ... If lawmakers don't like their jobs, their dissatisfaction is not nearly as strong as that of the general public. The October Field Poll showed the Legislature's approval at a record low 13%.
Now for most folks what is described above is pretty good money. Throw in the car, fun money, plus all those lobbyist generated percs, and you're talking about a fairly privileged life. You'd think that would be enough to help anyone get past any professional slights or criticism they might be experiencing. But apparently those elected to serve in Sacramento view these sorts of things differently, and there are some who are not afraid to let us know that their feelings have been hurt.
"Who wants to grow up and be held in low esteem by 87% of the people and have to deal with the budget and not have a darned thing to say about it," Assemblyman Juan Arambula told the Los Angeles Times.
Considering all of the atrocious decisions that have been made by Legislators such as Juan over the past few years, you'd think he'd have the decency not to whine about any resulting public opinion problems. It leaves the unfortunate impression that he doesn't feel very responsible for much of what has happened to California on his watch.
Did you know that the Washington Post had a pretty significant feature article about our Assemblyman Anthony Adams yesterday? Certainly the biggest shot of national publicity our boy has ever received. The gist of the piece was about the attempt to recall Adams and how this is an indication of what a circular firing squad the Republican Party has become in this state. With Adams playing the victim of circumstance role. You can read the whole thing by clicking here.
But what serves our purposes today is the Post's description of Anthony Adams himself. They don't paint all that flattering a picture.
Anthony Adams looks like somebody's idea of the archetypal citizen politician. Bearded and portly, he favors bulky colorful sweaters to suits and shirts, and discards ties at the first opportunity. At 38, he is not someone with glittering prospects outside of government. He worked in retail sales for a while, hosted a radio show in a small California market, and has failed the California Bar Exam four times. But he found his calling in politics. He served as an aide for a San Bernardino County supervisor for a while before becoming legislative director for the county. He won his Assembly seat in 2006, aided by widespread support from ardent conservatives impressed when he signed a pledge to oppose any tax increases. "I thought it would be a good thing," he recalls.
While I'm not sure it was the intention of the author of this piece, this description certainly does reinforce the impression that we don't exactly send our best and brightest to Sacramento. And I can never figure out why it is just the tax thing that people write about when discussing Adams and his difficulties. Never anything about all of the lobbyist gifts he accepts, or his votes on such things as SB 375. While flip flopping on a tax pledge is a bad thing, in this case it's hardly a unique event.
There is so much more to the dismal picture than that alone.
Posted by The Moderator at 7:00 AM