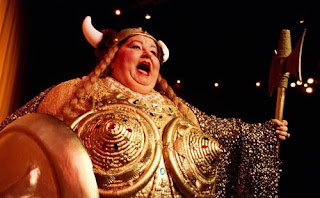 There are certain individuals within our storied city governmental apparatus who seem to think that the rules can be changed after the game has already begun. Or even after the game is completely over. We can see that now as our Mayor and his brain, the Mayor Pro Tem, attempt to weasel people who share their corporatist philosophy into the General Plan Committee mix. The flood of trendy and colorfully named subcommittees they've been busy concocting will burst upon our collective consciousness at next Tuesday's City Council meeting. All of them a day late, a dollar short, and expensive consultant dependent.
Now with the earnest souls at City Hall scurrying around from Rate Payer Lists to Assessor Plots to the Yellow Pages (depending on which works best for them), we can see another abrupt after the fact attempt at rule change taking place. Rather than dealing with the fact that tabulating results of everything from elections to water protests is traditionally the job of an elected official known as City Clerk, these hirelings seem to believe that this is something they are eligible to do. You can only wonder what exactly it is they're cracking on.
Oh, and in case you are unaware, a City Clerk is an elected official. This being part of a government system that has evolved over the centuries, and for some very good reasons. Voter sanction differentiating them from functionaries, flunkies, lickspittles, toadies, yes men, messenger boys, apple polishers, nincompoops, and bureaucrats. In other words, they hold the distinguished office of City Clerk at the pleasure of the voters, and not just because some locally influential big-a-shots gave it to them. Which is why we have City Clerks count the votes, and not Three Fingered Louie.
But even if none of this traditional form of democratic government existed, there is something else that renders the current protest counting pretensions of City Staff entirely moot. And that is the May 11th City Council Meeting Agenda. In particular that part referred to as:
GUIDELINES FOR THE SUBMISSION AND TABULATION OF PROTESTS.
Now this part of the May 11th City Council agenda, which was approved and set in place unanimously by the City Council, details how the Protest Forms from the water rate hike controversy are to be tabulated. These are the rules that were set down on that lovely spring evening, and nothing since has ever in any way legally altered them. No matter what Joe Mosca might have said later on. And just because paid employees such as the City Manager and City Attorney aren't grooving on the results still doesn't mean the rules can be changed after the fact.
Here are the City Council approved rules for the Tabulation of Protests:
1. The City Clerk shall determine the validity of all protests. The City Clerk shall not accept as valid any protest if the City Clerk determines that any of the following conditions exist:
a. The protest does not identify a property served by the City.
b. The protest does not bear an original signature of a record owner of the parcel identifies on the protest.
c. The protest does not state its opposition to the proposed fees.
d. The protest was not received by the City Clerk before the close of the public hearing on the proposed fees.
e. A request to withdraw the protest is received prior to the close of the public hearing on the proposed fees.
3. (Ed: they skipped a number) The City Clerk's decision that a protest is not valid or does not apply to a specific fee shall constitute a final action of the City and shall not be subject to any internal appeal.
4. A majority protest exists if written protests are timely submitted and not withdrawn by the record owners of a majority of the properties subject to the proposed fee.
5. At the conclusion of the public hearing, the City Clerk shall complete the tabulation of all protests received, including those received during the public hearing and shall report the results of the tabulation to the City Council upon completion.
And that is pretty much it. Does anybody see anything in there about the City Manager conducting her own on the side counting operation? No, I don't think you do. The only person who was authorized to tabulate the results and report the outcome is the City Clerk. Nobody else.
Now I guess that there are those who would like to engage in some sort of political myth making by cooking up numbers of their own. Rooster Coburn has laid a couple of eggs to that effect over on his News.Net site. And I guess that the City Manager might see some similar career advantage in this as well. Certainly it will give Susan Henderson something to get her rant on about whenever the new issue of her Looney Views News emerges. But will Sierra Madre residents become enraged because now they won't get to pay higher water rates? Mmm, no. I don't think so.
And does any of that have validity in the real world where actual laws apply? No, none whatsoever.
This is now over. The 40% Water Rate Hike is dead in the water. The residents of Sierra Madre have spoken. It is time for City Hall to stop annoying people and move on.
Posted by The Moderator at 7:00 AM