Important Information for the Green Committee 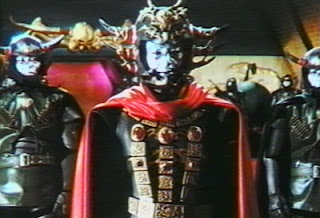 We have come across a greenhouse gas related report that should be of particular interest to the Green Committee. Concerned as they are with our driving habits, the manner in which we construct our homes, controlling carbon footprint generating activities in general, along with modifying various other behaviors, I thought it was important to share the following information with them. It is indeed an edifying lesson in the possible dire consequences of lives foolishly led.

Available through the Cornell University Library (link here), a report entitled "Would contact with extraterrestrials benefit or harm humanity? A scenario analysis," describes the work of three renowned astrophysicists regarding the consequences of contact with civilizations not of this world. Here is an abstract of that paper:

While humanity has not yet observed any extraterrestrial intelligence (ETI), contact with ETI remains possible. Contact could occur through a broad range of scenarios that have varying consequences for humanity. However, many discussions of this question assume that contact will follow a particular scenario that derives from the hopes and fears of the author. In this paper, we analyze a broad range of contact scenarios in terms of whether contact with ETI would benefit or harm humanity. This type of broad analysis can help us prepare for actual contact with ETI even if the details of contact do not fully resemble any specific scenario.

I am certain that this must be important work, and apparently it has been received and considered by various national defense and NASA related organizations. We should always be prepared for all kinds of eventualities, even those widely considered to be unlikely.

Unfortunately or not, this body of work has now fallen into the hands of the popular culture, and while the popularizations of its more positive themes may be beneficial, some of this has taken on an unnecessarily alarmist tone. At least in my opinion. This from the British newspaper The Guardian:

Aliens may destroy humanity to protect other civilizations, say scientists: Rising greenhouse emissions could tip off aliens that we are a rapidly expanding threat, warns a report - It may not rank as the most compelling reason the curb greenhouse gases, but reducing our emissions might just save humanity from a preemptive alien attack, scientists warn.

Watching from afar, extraterrestrial beings might view changes in Earth's atmosphere as symptomatic of a civilisation growing out of control - and take drastic action to keep us from becoming a more serious threat, the researchers explain.

This highly speculative scenario is one of several described by a NASA-affiliated scientist and colleagues at Pennsylvania State University that, while considered unlikely, they say could play out were humans and alien life to make contact at some point in the future.

Shawn Domagal-Goldman of NASA's Planetary Science Division and his colleagues compiled a list of plausible outcomes that could unfold in the aftermath of a close encounter, to help humanity "prepare for actual contact."

If there is a recurring theme to Dr. Domagal-Goldman's paper, it is that humanity's global warming and greenhouse gas production habits could easily appear as an alarming and degenerate practice to ETIs, something viewed as a willful disregard for the delicate nature of our precious planetary sanctuary. And therefore making us seem like a threat. This from the Guardian report:

The authors warn that extraterrestrials may be wary of civilisations that expand very rapidly, as these may be prone to destroy other life as they grow, just as humans have pushed species to extinction on Earth. In the most extreme scenario, aliens might choose to destroy humanity to protect other civilisations.

"A preemptive strike would be particularly likely in the early phases of our expansion because a civilisation may become increasingly difficult to destroy as it continues to expand. Humanity may just now be entering the period in which its rapid civilisational expansion could be detected by an ETI because our expansion is changing the composition of the earth's atmosphere, via greenhouse gas emissions," the report states.

"Green" aliens might object to the environmental damage humans have caused on Earth and wipe us out to save the planet. "These scenarios give us reason to limit our growth and reduce our impact on global ecosystems. It would be particularly important for us to limit our emissions of greenhouses gases, since atmospheric composition can be observed from other planets," the authors write.

While this danger is quite obviously remote, we think that because of the potential danger to residents, no matter how slight, it is important that Mayor John Buchanan and his Green Committee consider this material sooner rather than later. To do otherwise could result in harm to this community that would make even the nastiest schemes of the Downtown Investors Club look like child's play. So to speak.

A 24 hour surveillance of the skies from the roof of City Hall by members of the Green Committee could be a good place to start. And if these aliens are as "green" as Dr. Domagal-Goldman's paper suggests, perhaps they should be invited to a Green Committee meeting in Council chambers to address the members during public comment on the importance of following green practices.

Hopefully residents would want to attend as well.

Sunday Update: MSNBC has now jumped into the fray as this story continues to gather headway in the world media. In a piece called "What if E.T. thinks we're evil?" they examine some of the issues involved, plus NASA's attempts to distance themselves from the story.