The Day Before The Night Before Christmas 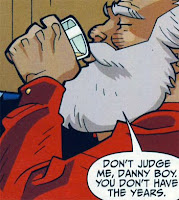