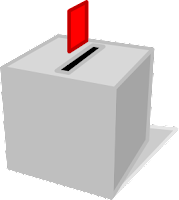 So here's a problem you probably wouldn't have anticipated. What if too many good candidates were to step up and run for the City Council this April? Thanks to Joe Mosca's still somewhat mysterious vanishing act there will now be three seats open this time around. Two of them for the regularly scheduled four year terms that would have been up for grabs no matter what, and then a special election to fill the remaining two years of Gotta Go Joe's time in office.
And should certain candidates be elected it could change the balance in the way power is allocated on Sierra Madre's City Council, effectively changing the way this city is run.
In the recent past finding candidates that have met the criteria for rational government in this town wasn't an automatic thing. Slow growth, low tax, and fiscally responsible City Council candidates haven't always been that easy to come by. Certainly those who claim to be nicer, or love the city more, or excessively attentive to the special interest needs of their family and friends, have always been readily available.
But what about those willing to take actual and credible stands in favor of preserving Sierra Madre as it is for future generations? Or taking a good hard look at the runaway finances of our city government? Not quite so easy. And this has become something of a problem for this town. As anyone who has witnessed the convoluted monkeyshines of the Buchanan team on the current City Council can attest.
However, so great is the perceived need to elect people that will not run this town into the ground for the benefit of a few local special interests (realty, development and utilities being the three most prominent), it appears that five good candidates are answering the call and could very well be on the ballot next April. This is an unprecedented turnout from some very well-meaning people. And something which, ironically, could present some real problems.
The candidates who have drawn papers are, in alphabetical order, Colin Braudrick, John Capoccia, John Harabedian and Chris Koerber. Assuming MaryAnn MacGillivray decides to run for re-election, that would make five highly qualified and articulate candidates who openly support slow growth, holding the UUT to 10%, the right to vote on downtown development issues per voter approved Measure V and, in stark contrast to what remains of the old Gang of Four, strict adherence to the principles of honesty and fairness in government.
Which, besides being an embarrassment of riches, also presents something of a dilemma. That being with five very qualified candidates running on basically the same ideals, we could very well see a split vote from this community's more aware residents. Which would lead to them canceling one another out and allowing whatever characters the Buchanan-Doyle special interest machine happens to push out onto the stage to become elected.
So far the only potential candidate from that quarter making any noise whatsoever is Carol Canterbury, a somewhat zany figure from the realty community with few substantive accomplishments and is mostly known for zipping around the downtown area in a colorful golf cart. Which, of course, doesn't make her a bad person, just someone you might not want to entrust with the future of Sierra Madre.
Obviously this town is undergoing some significant Josh Moran - Nancy Walsh fatigue. The dishonestly run and seemingly endless campaign to raise our water rates, followed by the call to increase our Utility User Tax hit to 12% (which would make our UUT rate by far the highest in the State of California), has led many to wonder if there isn't an alternative to the kind of soak the citizens government we are now enduring. Add to that the abusive behavior these radical councilmembers have directed at both the volunteers of the General Plan Update Steering Committee and concerned residents in general, and you have a condition leading many to believe that a change of direction is badly needed for our city's government.
You have to ask yourself, is there anything that Josh Moran and Nancy Walsh have done with their two years on the City Council that would justify giving them control of the city? In all seriousness, can you name even one thing?
But with five good candidates potentially splitting the vote, we could very well be faced with a future that cannot be described as being particularly rosy. After all, it only takes one seat to empower a City Council run by Mayor Josh Moran and Mayor Pro Tem Nancy Walsh. Neither of whom have yet to display either the ability or temperament to run this city in a reasonable manner.
Enhance their control with one other highly unsuitable special interest Councilmember and you'd really have to start calling into question the ability of Sierra Madre to maintain itself as a functioning and financially viable city.
Things to think about as we enter the 2012 election season. April 10 is no longer that far away.
http://sierramadretattler.blogspot.com
Posted by The Moderator at 2:10 AM