The Downtown Investors Club: What Elections In Sierra Madre Are Really All About 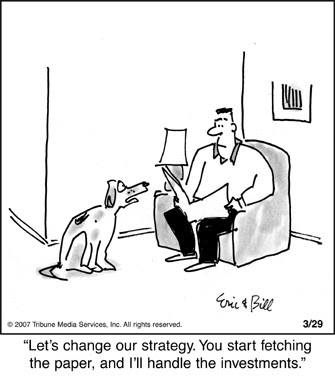 As we are reluctantly dragged into yet another of our somewhat troubling 2 year voting cycles, I think the time is right to talk a little bit about an issue that has underpinned every election here since 2006. It doesn't get discussed in the press at all, and you don't hear the candidates discussing it very much, either. But like a crazy uncle living in your attic, it is always there, and try as you might to ignore all that muffled thumping and bumping, this one never really does go away. And it doesn't look like it will this time, either.
Our crazy uncles in the attic are known as the Downtown Investors Club. At one time they considered themselves to be the really smart money in town, insiders closely connected to the powers that be back in the mid 2000s. And they were offered a sweetheart of a secret opportunity by those calling the shots in the City of Sierra Madre at that time, one that would make them lots and lots of money. Or so the DIC was assured. They cleaned out their 401Ks, trust funds and other accounts containing their life's savings, then eagerly shoved it all to the center. Their payoff was going to be some of the easiest money imaginable. They were all going to get rich.
The great investment opportunity they had been offered was a part of something known as the Downtown Specific Plan. This was a project style very popular with developers back then, and can now be seen all over the Western United States. Mixed-use by design, fueled by the cheap subprime loans available at that time, and about as cookie cutter and generic as can be imagined, these high-density storefront and condo combinations would now, had this happened, cover our entire downtown area. Most likely, and as was the case almost everywhere else this junk was built, only partially inhabited. Much to the detriment of our community's good looks, along with the property values of those owning homes here.
Unfortunately for the Downtown Investors Club, things didn't work out for them in quite the way they'd hoped. Some Sierra Madre residents, savvy from the beginning about how this boondoggle would change our downtown from the charmingly eclectic kind of place it had always been into something drab and depressing, put an initiative on the ballot called Measure V. Ostensibly a measure designed to curb over-development downtown, it placed strict limitations on what could be built there. And, when approved by the voters, it effectively killed the Downtown Specific Plan, along with the get rich quick schemes of those unhappy souls who'd invested almost everything they had.
The people who put their nest eggs into the Downtown Specific Plan never went away, of course. How could they? Most everything they owned was tied up in properties that wouldn't return any profit, and could only be sold at a loss. Even now they remain none too happy about this, and just like most people who an unkind fate had made its fools, still dream of getting their hopes, dreams and cash back. And the way they plan to get this done is to install a city government here that will overturn Measure V and allow them to finally wreak their havoc on this town.
Their only concern being to turn the kind of profits they were denied nearly 5 years ago. While most living here regard Sierra Madre as their personal place and birthright, these folks see it as an opportunity to make some big money, and then get out. Which, having been denied that opportunity a few times before, has now become a source of considerable anxiety for them. None of that crowd are getting any younger.
Like I said, this doesn't get talked about very much. But really it should. The acrimony of our political campaigns, the smears and innuendo, the paid cut-throat political consultants, and the large sums of outside money pumped into our little community's political affairs by concerned lobbying organizations such as the Building Industry Association and California Association of Realtors, all of this would not be a factor here without the assistance of the Downtown Investors Club.
Faced with an electorate that opposes the kind of development they need to build in order to get their lost fortunes back, these folks work instead to create a lot of false election issues and bogus controversies for their candidates to run on. Candidates that will invariably claim that they oppose the very things those supporting and financing their campaigns are determined to achieve. It is now almost a tradition here.
All of this will happen again this year. It's election time in Sierra Madre. It always does.
http://sierramadretattler.blogspot.com
Posted by The Moderator at 12:00 AM